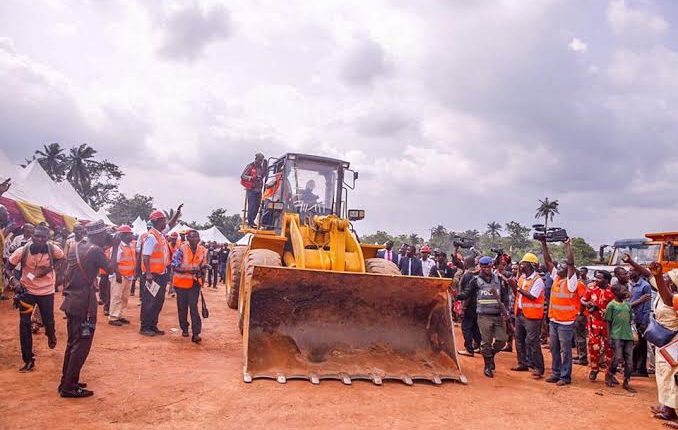 After Oyo Governor Seyi Makinde rescinded the stop-work order he issued on the Ibadan Circular Road project last in November 2019 and gave May 2020 deadline to the company to deliver the project in line with the original three-year contract, the contractor, A Contractor, ENL Consortium Limited after the given deadline elapsed with a year, has issued a warning that a concession agreement it entered with Oyo State Government in respect of the Ibadan Circular Road project is still legal and subsisting.

An advertorial signed by its lawyer, Oluseye Opasanya, stated that ENL Consortium Limited is the concessionaire of the 32-kilometre East End Wing of the 107-kilometre proposed  Ibadan Ring Road under the terms of a concession agreement dated August 25, 2017 with Oyo State Government under the late former Governor Abiola Ajimobi .

Pursuant to the agreement, ENL said it was granted exclusive rights to design, finance, construct, operate and maintain the Ibadan Circular Road for a period of 35 years.

The firm noted that its attention was recently drawn to certain pronouncements credited to Oyo State Government in connection with a proposal to re-award the project to another entity, in spite of the continued validity of its concession rights in accordance with the concession agreement.

The firm claimed that the proposed re-award of the project is unlawful and politically-motivated, insisting that the move was an attempt to “expropriate the assets and contractual rights of ENL, contrary to the terms of the subsisting concession agreement and the Constitution of the Federal Republic of Nigeria 1999 (as amended)”.

ENL alleged it has expended over N3,960,000,000 of its own private capital on the project despite the move by the current Oyo State administration.

It warned that it has already initiated a formal dispute resolution proceeding in accordance with the provisions of the concession agreement.

“ENL hereby reserves all legal rights and remedies it may have now, or in the future  whether under contract, law  or otherwise, against any person or group of persons  who induces a breach of the Concession Rights or its interest in the project, in any manner whatsoever,” the firm stated.

Gov. Makinde May Lose Our Constituency If Dele Adeola Is…

Sponsoring Fake News By Hon. Fijabi Means He Is Gradually…