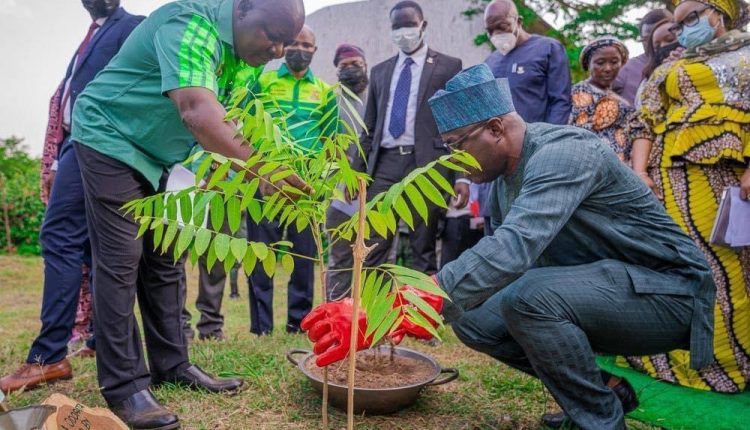 As part of activities to commemorate second year in office, Oyo state Governor Seyi Makinde has launched tree planting campaign to improve human and environmental health across the state.

Launching the tree planting campaign at the state secretariat,governor Makinde said the target would be to plant at least 500,000 trees across the state in the remaining two years of his administration.

Governor Makinde explained that the initiative would not only restore the lost value of nature in the state, but correct mismanagement of the environment and create an impact for the coming generation.

He also gave a breakdown for the 500,000 trees planting initiative for the next two years to include 21,000 trees as monthly target.

Earlier, the Commissioner for Environment and Natural Resources, Dr. Idowu Oyeleke noted that the effort was geared towards a clean, green and better environment.

Dr Oyeleke stated that the trees would reduce carbon emission, mitigate the effect of flooding, support wild life and play significant role in climax change amongst others.

Governor Makinde and other government officials later embarked on a symbolic tree planting exercise to flag off the initiative.