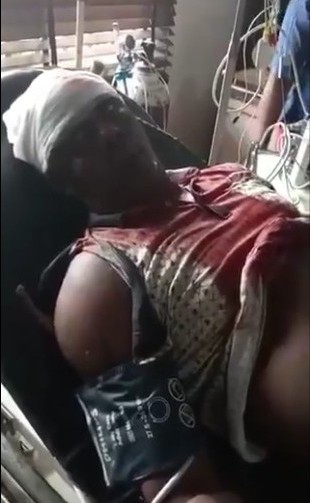 A video of the Head of OPC in critical condition was posted on social media moments ago and he was reportedly rescued by members of the Igbo Community in the Okota area of Lagos.

Demola had earlier been reported dead after a video surfaced on the internet yesterday showing a lifeless body with wounds all over his face and huge rocks surrounding him.

According to teport, he was rescued and rushed to the hospital where he is currently receiving medical attention