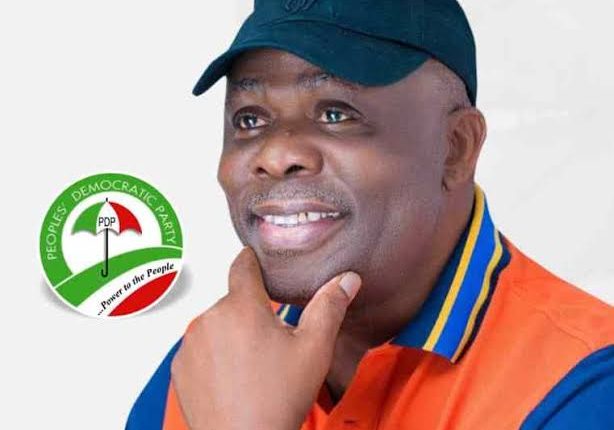 The National Working Committee of People’s Democratic Party has sent an appreciation message to the immediate past Zonal chairman of the party in Southwest, Dr. Eddy Olafeso, commended him for his political maturity and immense contribution towards the just concluded southwest zonal congress that was held in Osogbo, Osun state.

Letter read : “ The National Working Committee (NWC) of our great Party, at its 523 meeting held on Wednesday, 14h April, 2021, reviewed the South West

“ Zonal congress and noted your immense contributions to the success of the Congress.

“ The NWC wishes to put on record your steadfastness, commitment, sportsmanship and loyalty which you have consistently demonstrated leading to the growth of the PDP in the South West and Nigeria. 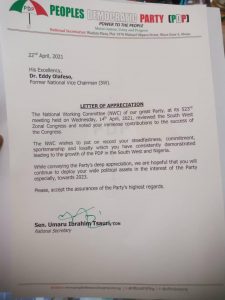 While conveying the Party’s deep appreciation, we are hopeful that you will continue to deploy your wide political assets in the interest of the Party especially, towards 2023.

Please, accept the assurances of the Party’s highest regards.

Greed, Selfishness, A Great Bane To Our Nation – YII…