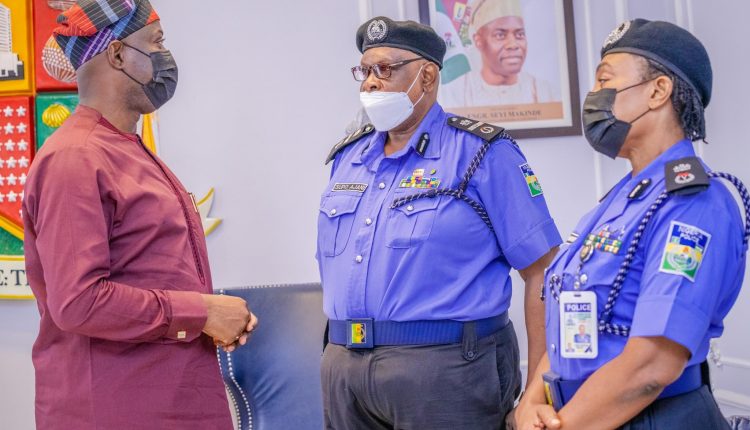 Oyo State Governor Seyi Makinde said yesterday that his administration would work with the police and other security agencies to improve security.

The governor, who stated this while hosting the new Assistant Inspector General of Police (AIG) in charge of Zone XI, Osogbo, Olasupo Ajani, at the Governor’s Office, Secretariat, Ibadan, assured him of continuous support for the police through the provision of logistics and other support systems.

He said: “Oyo State has been a little bit peaceful, but we have serious challenges, security-wise, in the entire country.

“Also, at this time, we are faced with economic issues. So, if you have to do your work in the face of these challenges, it is almost like being hit twice because the work itself is difficult. When you have an atmosphere of economic prosperity, the people are not agitated, but now, any small thing, people are tensed up.

“Anytime I’m on the road, I witness road rage, aggression and all of that. These are not really normal because, for us, we used to be our brothers’ keepers. But a lot of people are tensed up and before you know what is going on, aggression is transferred. And when you now have to carry out your policing work within the context of these events, it becomes extremely difficult. So, we will continue to support you, show understanding and work with you through this challenging period.”

AIG Ajani said the purpose of the visit was to formally inform the governor of his arrival as the new AIG Zone XI, and to also appreciate him (governor) and the citizens of the state for accommodating and supporting the police.

Gbade Ojo Resigns As Oyo Chief Of Staff Returns To…