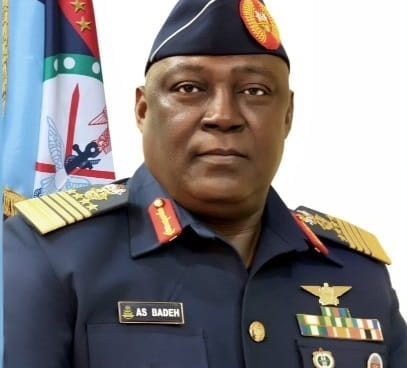 The Nigeria Police Force said it has arrested five suspects for their alleged involvement in the killing of a former Chief of Defence Staff, Air Vice Marshall Alex Badeh.

The Force, which refused to give the names of the suspects, said two out of the five suspects arrested actively participated in the killing.

It said the remaining three suspects played other roles that led to Badeh’s murder.

The Police however did not parade the suspects claiming that its decision was to prevent other members of the gang from escaping.

The Force Spokesman, Ag. DCP Jimoh Moshood made the disclosures at a briefing in Abuja.

Moshood also said the postponement of the parade would help the investigators to arrest fleeing members of the gang.

He said: “The suspects arrested actively participated in the killing of the former Chief of Defence Staff, Air Chief Marshal Alex Badeh. On the directive of the IGP, the Police Joint Investigation Team set up by the IGP were mandated within the shortest possible time to arrest all those responsible for the killing of the Badeh on the 18th of December, 2018 in Nasarawa State.

“Two principal suspects who participated in the killing of the former Chief of Defence Staff, Air Chief Marshal Alex Badeh and three other suspects connected to the crime carried out on the 18th of December, 2018 have been arrested by the Intelligence Response Team of the IGP and the Special Tactical Squad.

“The suspects are currently in Police custody and undergoing investigation. The public should also know that the investigation into the killing is being intensified to arrest other suspects who are still at large.

“It is of significant note and for the public to be aware that the parade of the two suspects and the three other gang members will not come up today so as not to jeopardize the ongoing investigation.

“While the suspects will be paraded before the media and the public upon the completion of investigation into this matter, the Nigeria Police Force will not relent and will leave no stone unturned in getting to the root of the killing and bringing all perpetrators of this heinous crime to justice.”

Just In : What Gov. Makinde Others Discussed At PDP…

Parallel Congress Was Held Throughout, Even In Gov Makinde’s…