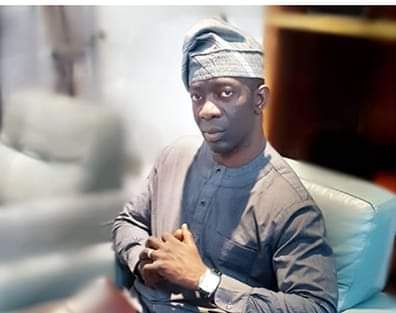 Ajimobi has Humanitarian Service In His Is DNA – Comm. For Finance

The Oyo State Commissioner for Finance, Mr. Bimbo Adekambi had described the outgoing governor of the state as an epitome of good leadership, said Ajimobi senatorial ambition is another function of service.

While analyzing governor Ajimobi outstanding political service , he said “When you have somebody, who has service in his DNA, you don’t stop people like that. This is not even about the governor’s aspiration alone; it is about the people, who are clamouring for him to go back to the Senate. There is a biological clock that clicks in him, which is about service to the people. You will agree with me that we have not had the best representation in the state, with all due respect if you look at the representation Governor Ajimobi gave to the people during his first time in the Senate” .

He continued “He has lawmaking experience and is very charismatic. In finance, politics, management, culture and agriculture, Governor Ajimobi has excelled in the last seven years. This is somebody who broke the second term jinx in the state. This man knows what he wants for the people and his people love him. He knows exactly where the shoe pinches the people in the state. So, the people are asking him to go to the Senate to represent them because they know it would add more value to their lives. It is only normal that the governor continues to serve the people in the capacity of a Senator of the Federal Republic of Nigeria

Mr. Adekanmbi gives more facts on the effectiveness of governor Ajimobi as governor of the state. He said, “Before this government came on board, there was lack of pride in the state: not as a citizen of Oyo State but the way the affairs of the state was run by successive governments before Governor Ajimobi took over the reign of power. I have worked in other parts of the world and whenever people asked me where my state of origin is, and I mentioned Ibadan, Oyo State, people just started to laugh. I mean all the jokes were on us at that time. It tells one of how backward we were. One thing that was constant amongst the people I interacted with was that Oyo State was a filthy, backward and crude one.

“Fast forward to when Governor Abiola Ajimobi came into power, a lot of serious minded people now come to the state to do businesses, people that hitherto would say they never wanted to have anything to do with the state. Today, you can see that sophisticated people, polished individuals are coming to the state in droves. You just need to drive down to locations in the state and see that things have changed for better.

“You will realise that a massive change has occurred in the state. If you look at the commerce, trade and even real estate in the last seven years, you will find out that things have really changed. The standard of living of the people has changed just as the earning power has also changed. Before now, nobody would touch Oyo State with a long stick, but today people are happy. Look at the security situation before now, you will agree with me that Oyo State is now relatively peaceful.

“Even in the civil service, the mindset of the people has changed; their attitude to work has changed. You have soft changes and hard changes. The governor is an enigma, who has had a lot of exposure in the corporate world and he was a CEO of multinationals before he joined politics.

“So, you can’t expect less from somebody, who has a bottomless reservoir of energy. Oyo State is very lucky to have a governor like Ajimobi because he has raised the stake of governance in the state that it will be difficult for anybody coming in to bring down the level,” Adekanmbi explained.