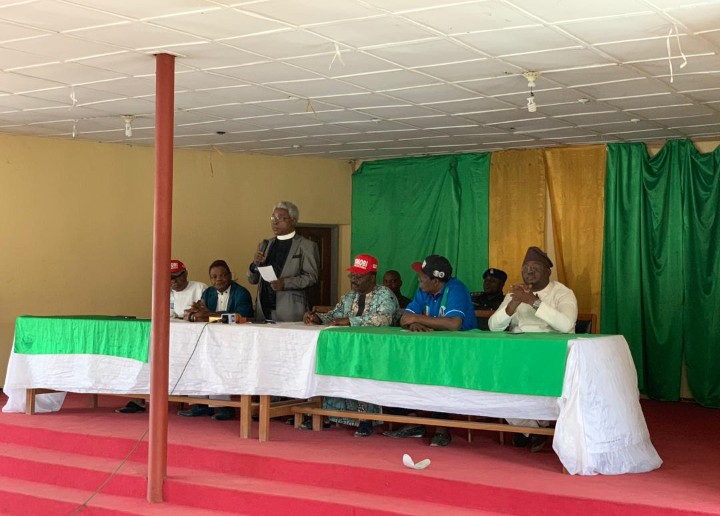 Governor of Oyo State, Senator Abiola Ajimobi along with his deputy, Chief Moses Alake Adeyemo, and APC governorship candidate, Chief Adebayo Adelabu met with leadership of Christian Association of Nigeria, (Oyo State Chapter) with a mission to solicits vote for the APC candidates.

The meeting which was held at CAN state headquarters on Wednesday 20th was the very first meeting governor Ajimobi will be holding with the CAN leaders in the state in preparation for the general election.

It will be recalled that, the Oyo State CAN was disappointed in Ajimobi led APC after dumping their preferred candidate, Joseph Olasunkanmi Tegbe for Chief Adebayo Adebalu.

Westerndailynews gathered from a reliable source that, aftermath of Tegbe screwed out of governorship race in APC , the leadership of CAN resolved to support the People’s Democratic Party governorship candidate, Engr. Seyi Makinde.

It will be recalled not only CAN rejected the candidature of Adelabu, it took Dr. Mrs Florence Ajimobi and the entire household of governor Ajimobi weeks to buys the idea of supporting Chief Adelabu Adebayo as governoship of candidate of All Progressive Congress ( APC )