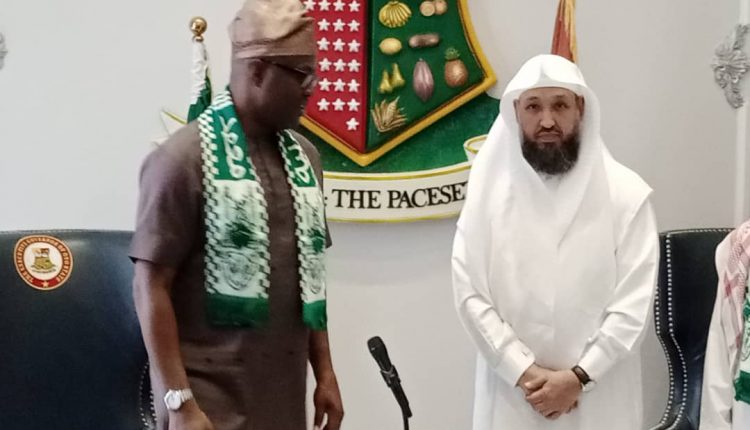 The government of Saudi Arabia has pledged necessary support to Oyo state government towards the development of the state.

The Head of Arabic Language Department, Umm Al-Qurra University, Makkah, and Professor Hassan Hameed Bukhari stated this during a courtesy call on Governor Seyi Makinde at the Agodi, Secretariat, Ibadan.

Professor Hassan who led the delegation from the kingdom of Saudi Arabia said the team was in Ibadan for a workshop at the University of Ibadan for judges and university lecturers’ towards promoting religious coexistence among the people.

Professor Hassan who spoke through an interpreter lauded Oyo state government for peaceful atmosphere reigning in the state and deeds for Moslem, promised the readiness of Saudi authority to assist the state where necessary to develop the state.

Responding, Oyo state governor, Engineer Seyi Makinde said his government is promoting religious tolerance and harmony without bias and sentiment in the state.

Governor Makinde while emphasising that Oyo state is peaceful and welcoming for everyone in respective of religious affiliation, thanked the Saudi government for bringing the workshop to Ibadan which he said would further promote harmonious relationship in the state.

The Looters Were In A Hurry – Sen. Teslim Speaks After…