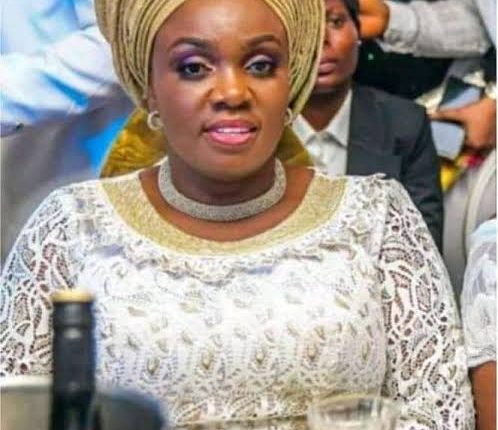 Wife of Oyo state Governor, Mrs Tamunominini Makinde has called on women and youths in the state to look inwards and identify their potential and skills, which they can utilize to empower themselves, thereby reducing unemployment rate in the society.

Mrs Makinde made the call while speaking at the opening ceremony of the Adire Market Week which was held at the June 12 Cultural Center, Abeokuta and hosted by the wife of Ogun state Governor, Mrs Bamidele Abiodun.

Mrs Makinde said youths and women must identify skills as potential for wealth creation and poverty alleviation, urging them to see how they can leverage on government support.

The governor’s wife who commended Nigerians for their love and creativity in exploring the country’s potential thereby boosting the made in Nigeria products globally.

Mrs Makinde who thanked Mrs Abiodun for protecting the heritage, culture and tradition of Ogun state noted that Oyo government would also improve on the resources and skills it has, not just to empower people at the grassroots alone but to also improve the states’ economy.

Speaking at the event, Ogun State Governor, Dapo Abiodun described Adire fabric as a unique cultural outfit which had helped reduce poverty, aid employment and provided window for economic diversification in the state.

The Adire market week, a high level engagement for women empowerment and promotion of culture in the state was organised by the Ogun State Government in collaboration with an NGO.

Ajimobi is Not Guilty of Unity Forum – Says Brother