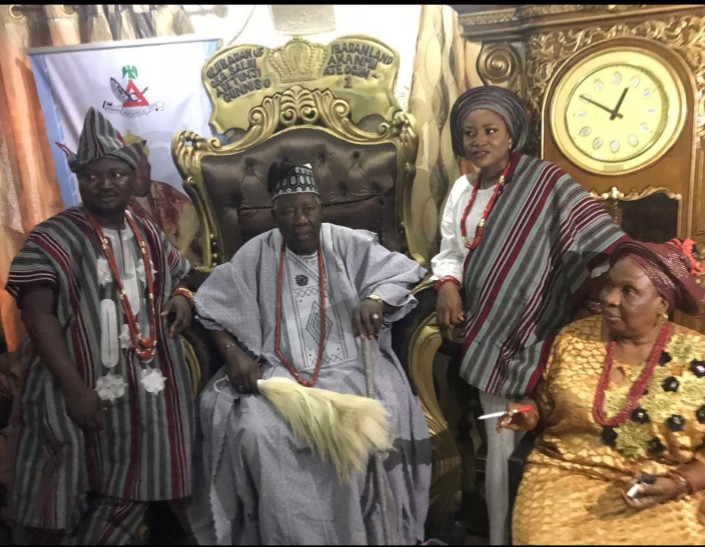 In a press release signed and made available to newsmen shortly after the confirmation of Hon. Olamide Olagoke Akinajo as new Mogaji of Akinajo compound, Oje Ibadan, by Olubadan of Ibadanland, Oba Saliu Adetunji Ogunguniso 1, Mr. Agaga described Mogaji Akinajo as his long time bosom friend who is an epitome of success, said his wisdom and leadership trait qualified him to attained his family compound head.

” As we all know Mogaji title means a leader of a certified family compound in Ibadan and it is the first stage to the stool of Olubadan, Akinajo family had made a right choice by choosing hon. Olamide Olagoke Akinajo as their Mogaji, he is not only influential in Ibadan and Oyo state but he is also a man with undisputable knowledge of history and culture, his exposure and education speaks well of his qualities to serve as a leader “.

” Mogaji Olamide Akinajo is a great listener and adviser, the most intellectual and logical friend had ever knew. He has truly admirable concern and care for everyone. Olamide that i know would sacrifice his self for others”.

” Hon. Akinajo installation as one of Ibadan Mogajis is not only a blessing to Akinajo extended family but right step took on behalf of Ibadan indigenes by Olubadan of Ibadan Land. Mogaji Olamide Akinajo is one of the needed hands in uplifting the glory and bring new development of Ibadanland”. Mr. Agaga added.

The new Mogaji, is currently a lawmaker at Oyo State House of Assembly, representing Ibadan North East state constituency, he is the chairman 1. He is the House Committee chairman on Works and Transport.

Gov Makinde Impels Corps Members To Be Patriotic And…