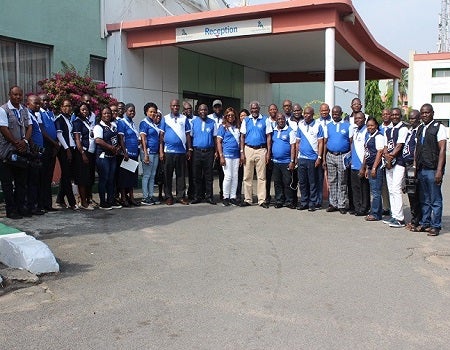 In an effort to improve on its content and marketing, the Broadcasting Corporation Of Oyo State (BCOS) has begins process in changing its business model and strategy.

Prince Dotun Oyelade, the Executive Chairman of the BCOS said, the television station is presently taking steps to improve on its content and marketing, he stated this in an interview, shortly after a business luncheon with advertising agencies held at Airport Hotel, Ikeja, Lagos recently.

He stressed that as part of his efforts and the entire management team of BCOS to expand its operation and break new grounds in its marketing reach, an idea of the business luncheon was conceived to have an interactive session with its advertising partners with a view to charting a new course in radio and television advertisement, an idea that received applause and commendation from various advertising agencies that graced the occasion.

He recalled that the last time that a similar event was put together to assess the advertising performance of the corporation was about 19 years ago when he was the Chief Executive Officer of the Corporation.

Prince Oyelade also revealed that the management was now armed with the necessary information to guide its steps towards taking a decision that would be beneficial to the corporation.

The business luncheon provided an opportunity for some of the advertising agents and independent producers to offer useful advice on how to move the station forward and also maintain a high ratings in the broadcast industry.

They called for improved programme content, creation of social media and digital platforms coupled with proper alignment with advertising agencies.

Responding, the Director of Commercial A, Mr Peter Ajayi and the Director of Programmes, Mr Tunde Ajayi promised improved programme content and easy access to BCOS information through their online portals.

People Certainly Made No Mistake By Rejecting You In 2019,…

Covid-19; Why Number Of Cases In Oyo May Soon Be More Than…