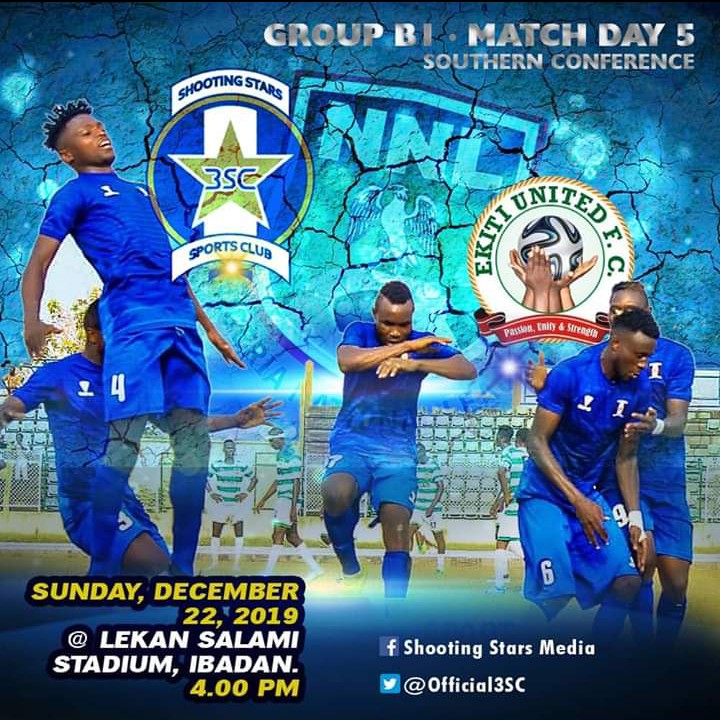 After being held to a 1-1 draw by Nilayo FC last weekend in Abeokuta, Shooting Stars Sports Club (3SC) of Ibadan, hope to return to winning ways this Sunday as they play host to Ekiti United.

Besides going for a win for the above mentioned reasons, Shooting Stars would also target not only a win but a handsone victory, as a birthday gift for the Executive Governor of Oyo State, Engineer Seyi Makinde.

All things being equal, the number one citizen of the pacesetter state, who will clock 52 on Wednesday, is expected to be at the stadium live, to watch the encounter on Sunday.

“The presence of His Excellency, our number one supporter, governor Seyi Maknde, will definitely spur us to victory on Sunday and we cannot afford to disappoint him and other teeming fans of ours”, the skipper of the team, Waheed Omololu, told Shooting Stars Media.

Head coach of the Ibadan soccer lords, Edith Agoye, believed the fighting spirit of his boys, would see them through, saying that he expects a tough contest from the visitors.

“Victory is what we target on Sunday but it will not be a walkover because teams raise their games when they meet 3SC, I am expecting nothing less on Sunday. Nevertheless, I believe we will come out victorious in the encounter”, said Agoye.

The coach Ayodeji Ayeni tutored Ekiti United, would attempt to do the unimaginable by shocking the homers before their vociferous fans but the question is, will the Oluyole Warriors allow this to happen? 90 minutes will tell.