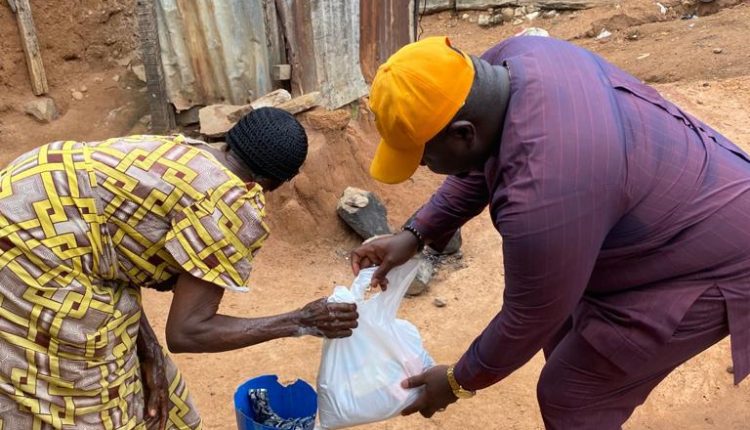 Professor Raphael Afonja, a former commissioner for works and transport in the administration of Seyi Makinde, governor of Oyo State, put smiles on the faces of many indigent Ogbomoso indigenes during the just concluded Eid-l-Kabir celebration.

Before he was made commissioner in 2019, it will be recall that, Afonja was eyeing the Ogbomoso North/Ogbomoso South/Orire federal constituency seat in the house of representatives.

Thou, the ex commissioner has remained silent after he was relieved as honorable commissioner in mid 2020, but no one is yet to confirm if he is going to give in another trial for federal House of Representatives seat in Abuja. 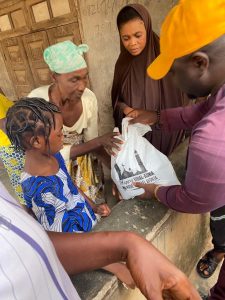 Presently, Raphael Afonja is one of the People’s Democratic Party Chieftain in his home town, Ogbomoso town.

Done in partnership with Baba Kuete, an On Air Personality at Parrot FM, Ogbomoso, food items and cash were given to the disabled, widows, elderly, drivers and the needy.

Asked what motivated him to extend the gesture, Afonja explained that it was just a normal thing for him as he has always embarked on such even before he joined active politics.

”It is just a style of telling those who are well-to-do to also feel encouraged to assist people. If we don’t do, nobody would do it. We have got to assist our people. The harsh economy is biting harder. The little trades some of them are involved are gone. We just have to start somewhere. Nothing is too small.

”Forget the fact that I now reside outside the shores of this country, I grew up here. I know how people look to the festive periods like Eid-l-fitri, Eid-l-Kabir, Christmas, Easter and New Year. But for quite some time now, things haven’t been easy. In fact, those who have things to do are not encouraged because of the downturn. So, I felt we needed to put smiles on their faces,” he added.

Makinde Needs To Be Wary Of Sycophants Like Bayo Lawal, A…