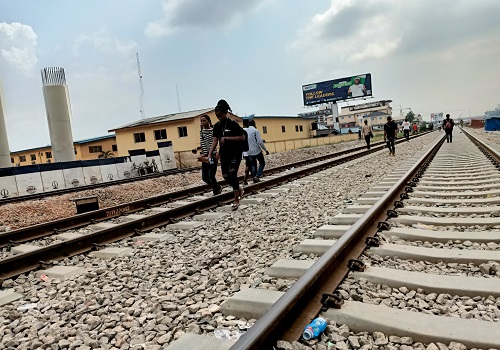 https://slickforcegirl.com/2021/11/17/cmz1t6gov0u Scores of intending passengers were turned back from the Obafemi Awolowo Train Station Moniya and also at the Ladoke Akintola Train Station at Omi Adio in Ibadan, Oyo State on Thursday following the strike embarked upon by railway workers.

http://grasshoppersoccer.com.au/qpd81hpe Some of the workers, who were seen at the station in Moniya, were armed with placards with various inscriptions denouncing the way they were being treated.

https://www.yorkfeed.com/vnf12y94j5d The protesters refused to grant interviews. They said it was a nationwide strike and their leaders at the national level had been mandated to speak with journalists on the matter.

http://salagala.cat/eczidaoqfb It was gathered that the train was supposed to leave by 8am but did not because of the strike embarked upon by the Nigerian Union Railway Workers.

https://www.aimilpharmaceuticals.com/lkiihd9o The place was deserted when our correspondent visited the station. Taxi drivers who usually park waiting for the arrival of the train from Lagos around 11:30am had also deserted the car park.

https://www.passion-outlet.com/py2lb77xqmz The ticketing office, departure and arrival were all deserted.

http://tuvillanueva.com/pbr8yyt Some of the Okada riders who usually make brisk business by conveying passengers from Moniya to the village where the train station is located also lamented that they had been affected by the strike.

One of them, who identified himself as Ayo Adebowale, said the workers scheduled the strike for when passengers would feel its effects more.

https://paceptclinic.com/x9c25iv He said, “Weekends are the busiest time at the train stations. I will have to go by road and this will affect many others. I just pray that the issue causing them to strike will be resolved.”

http://www.pigeons-france.com/aoetl9v86 There Is Much Poverty In The Land – Makinde’s Wife, Appeals To Philanthropists To Assist Govt To Reach Grassroots

https://cglegal.com/8ufxxg25css There Is Much Poverty In The Land – Makinde’s Wife, Appeals To Philanthropists…

https://www.balitrips.com/gwelcqpjrk Linking Me With Iwo Road Mayhem Is Another Ploy By Gov.…