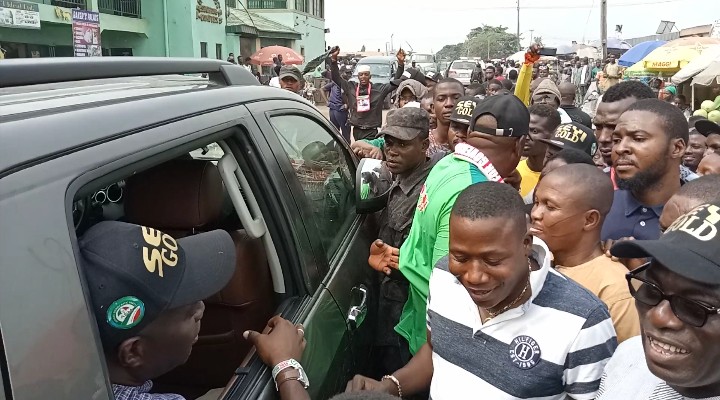 Mr Igboho, the young talisman confirmed how Engr. Seyi Makinde struggled to become state governor in 2015 but unable to achieved his aim because of heavy weight politicians power tussle in last election. The Igboho born Sunday said with Engr. Seyi Makinde campaign strategy this, it is very sure he will reach state house come May 29th, 2019.

It will be recalled Mr Sunday Igboho is said to be supporting the African Democratic Congress candidate, Sen. Olufemi Lanleyin for 2019 Oyo State governorship race but his recent association with PDP and Engr. Seyi Makinde seems he had switched political party.

We Will Not Misused Power To Arrest And Prosecute Criminals…