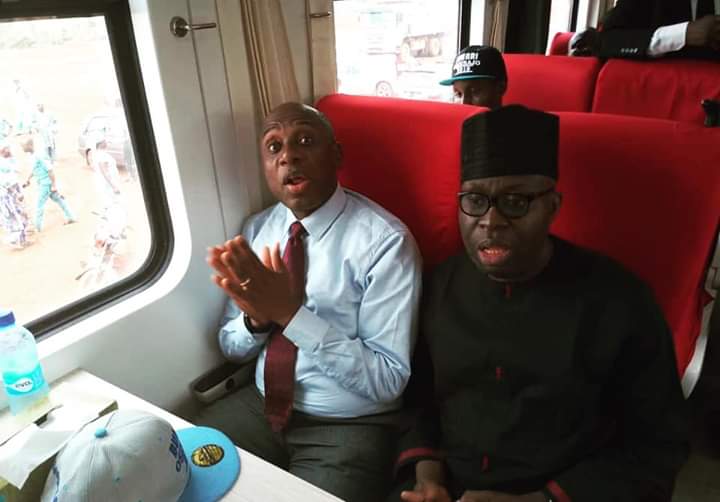 test-run of the completed section of the 156km Lagos-Ibadan rail modernisation project was carried out on Friday, February 8.

On the ride for the inspection were the Minister of transport, Mr Rotimi Amaechi, Governor Ibikunle Amosun of Ogun state, Senator Ashafa, traditional rulers and other government functionaries as well as the management staff of the Nigerian railway corporation.

The Managing Director of the rail corporation Eng. Fidelis Okhiria was very upbeat about the achievement.

Okhiria said the people can now travel for free from Iju, Lagos to Abeokuta for about a month, using the newly-completed trains by the Federal Government.

He said non-commercial operations will begin next week, between Iju and Abeokuta.

According to Mr Okhiria, the train will run the route 4times a day, he added that by the end of May, the Lagos-Ibadan tracks will be completed.