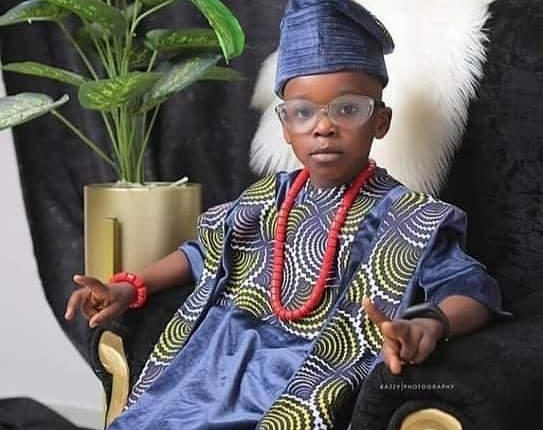 History was made at the palace of Oba Babatunde Ishola Balogun, the Onisolu of Isolu kingdom, Ibeju Lekki, Lagos when the traditional ruler conferred a chieftaincy title of Agbe-Asaga of Isolu Alade on a five-year-old Adebayo Olamilekan, also known as Adigun Olowe.

During the installation, Onisolu, said he honoured Adigun Olowe with the chieftaincy title in recognition of his contributions to the promotion of Yoruba cultural heritage.

In response, Adigun thanked the monarch and other traditional rulers present as well as the Isolu Alade chiefs for giving him the chieftaincy title.

OONI CHARGES OYO SPEAKER OTHERS TO LEAD NIGERIAN YOUTH TO…

Show Up Your Interest On Sole Ownership Of LAUTECH, Osun…