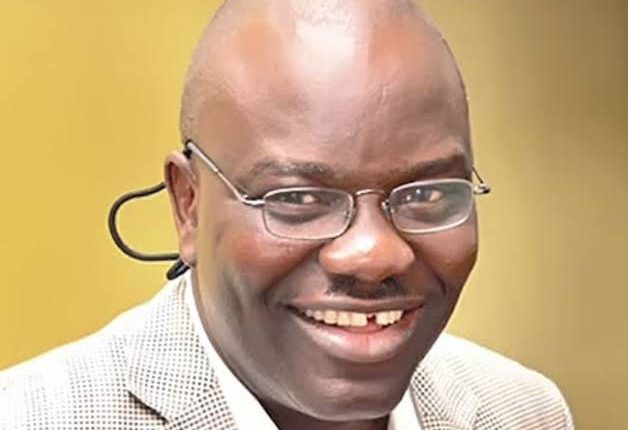 The Chairman of the Nigerian Communications Communication(NCC),Professor Adeolu Akande has called on the governor of Oyo State,Engr Seyi Makinde, to respect the autonomy of tertiary institutions in the state to ensure quality education and academic freedom in the institutions.

According to Akande, a Professor of Political Science, Makinde’s frequent interference in the administration of tertiary institutions has the danger of turning them into mere departments of government with the attendant consequence of stifling the performance of the institutions in their primary duties of research,manpower development and community service.

It will be recalled that Engr Makinde recently directed the Vice Chancellor of Ladoke Akintola University(LAUTECH), Ogbomosho, Professor Michael Ologunde to resign from office. In addition, the governor introduced consultants to the management of tertiary institutions, undermining the authority of their governing councils.

Professor Akande said the removal of the Vice-Chancellor of LAUTECH is against the laws setting up the University and global best practice in the administration of universities.

“The approach adopted by Engr Makinde violates the spirit of the law and is tantamount to a miscarriage of justice.

The allegations against the Vice-Chancellor were not investigated according to the regulations of the university and the victim may have been punished for an offence he did not commit. This is against natural justice.

“The approach of Governor Makinde is fraught with danger. Oyo State is not a one-man business; due process must be followed in the exercise of power otherwise the governor will unleash a chain of crisis that will undermine the development of the state.”

“LAUTECH is an important institution that is dear to the people of Oyo State and its affairs should be handled with care to avoid a return to the crisis that had slowed down the giant strides of the institution.

“The institution started strong in April 1990 and it quickly established itself not only  as the best state university but one of  the  best universities in the country. I commend Engr Makinde for the initiatives that brought the University out of its ownership crisis. I however plead that he should respect the time-worn tradition of university autonomy to return LAUTECH to its old glory and avoid a relapse into crisis.

“Engr Makinde should extend this respect for the autonomy of tertiary institutions  to other higher institutions in Oyo state so that they can discharge their responsibilities without undue official interference.”

“The introduction of a consultant to collect revenue and supervise expenditure is alien to the  autonomy of the institutions. The law allows the governor to appoint a governing council of his choice to superintend the affairs of the institutions. It is incumbent on the governor to appoint men of honour and integrity into the governing councils which will ensure they respect government financial regulations in their transactions. The introduction of consultants to perform the functions of the councils under the guise of seeking financial integrity is a suggestion by the governor that he appointed men of shady characters to the councils. That would be sad if it is so.”

Holding The Fort For Husband, Florence Ajimobi Breaks Fast With Muslim Clerics At Her Residence ( Photos )

I Didn’t Step Down For Gov. Makinde – Gbolarumi,…