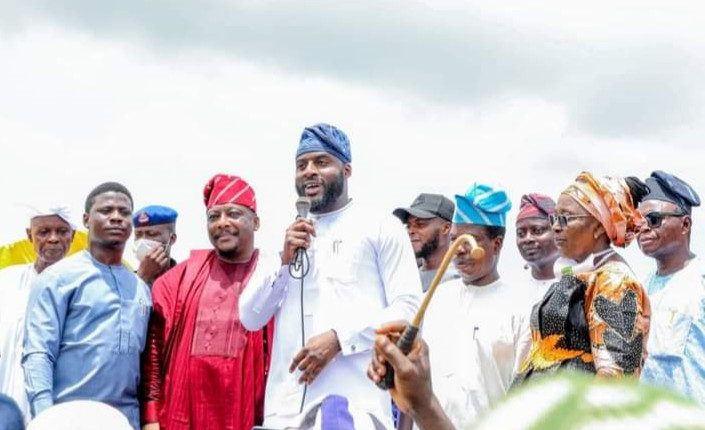 Oyo Speaker Welcomes ZLP Chieftain, Adepoju Others To The PDP In Ibarapaland

The Oyo State Speaker, Hon Adebo Ogundoyin has received the Zenith Labour Party , ZLP Chieftain in Ibarapaland, Dr Adebayo Anthony Adepoju and other members of the opposition parties to the ruling People’s Democratic party, PDP in the state.

Dr Adepoju who was the ZLP House of Representatives candidate for Ibarapa North/Central Federal Constituency in the last election and presently the Chairman Oyo State Water Corporation led hundreds of his supporters and that of APC, ADC and ADP to the PDP at a ceremony held at Igboora Garage, Igboora.

The Speaker while welcoming the decampees into the PDP on behalf of Governor Seyi Makinde applauded their decision to join the ruling party and described the move as the best at this time.

Hon Ogundoyin said the PDP was the beautiful bride being sought after at the moment by many notable politicians across the country adding that the people oriented government of Engr Seyi Makinde in Oyo State was becoming a model for others to follow.

The Speaker who congratulated the PDP family in Ibarapaland on the new entrants stated that the ruling party in the State has continued to wax stronger.

Speaking on his decision to bring his teeming supporters and that of other opposition parties into the PDP fold, Dr Adepoju said he had no choice than to join the ruling party in Oyo State in view of the various enviable projects being executed by Governor Seyi Makinde across all sectors.

Dr Adepoju maintained that in less than two years in office , Governor Seyi Makinde had laid the foundation for the total transformation of Oyo State and proven himself as a serious leader who is bent on leaving a lasting legacy for future generations.

ALAAFIN: Why I Always Wear ‘Abetiaja’ And Not The Crown

Alleged Terrorism In Oke-ogun, The Time When ‘being On Top Of The Situation’, Inaction And Silence No Longer Tenable | Ismael Taiwo