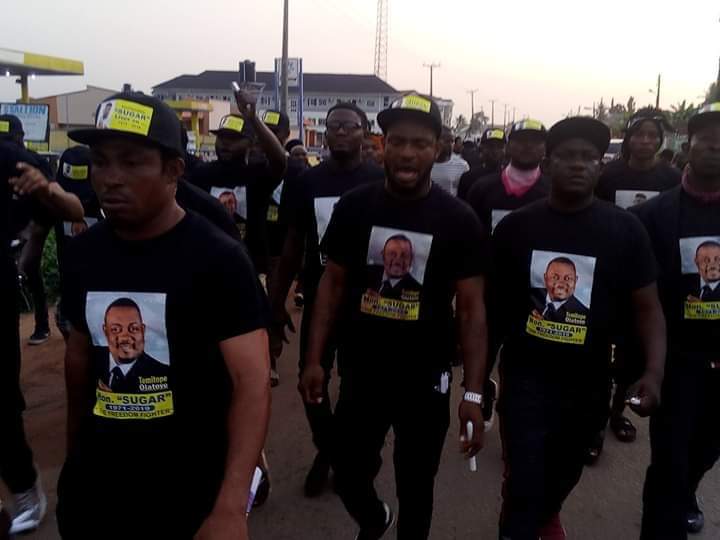 The family of slain federal lawmaker, Temitope Olatoye Sugar, has advised the Oyo State Government to hands-off ongoing investigations to unravel killers of the deceased legislator.

Olajide Olatoye spoke on behalf of the family during the lying-in state ceremony at the House of chiefs in Ibadan.

Sympathisers had besieged the secretariat, Agodi Ibadan early Thursday morning to catch a glimpse of the remains of the lawmaker who represented Lagelu-Akinyele federal constituency Honourable, Temitope Olatoye Sugar. And it was straight to the house of chiefs where a brief ceremony was held for the deceased.

Those close to the late lawmaker shared fond memories of him.

Family, friends and other well wishers had converged on the venue under a sad and sombre atmosphere.

Eulogies followed for the late Honourable Temitope Sugar who was described as a philanthropic and generous Nigerian whose contributions to national development remain indelible.

Relatives of the deceased lawmaker say they are aggrieved because the killers of their bread-winner still roam the streets free. They seek justice urgently.

Honourable Temitope Olatoye Sugar was gruesomely murdered on the on election day, March 9 2019., leaving behind two grieving wives and eight children. These individuals can only hope that justice comes their way in the shortest time possible.

7 Days Ultimatum To Street Traders : Where Is The Better…

Why I Didn’t Attend Reconciliation Meeting With Gov. Makinde…

INTERVIEW: My Career As Political Scientist And How Path…