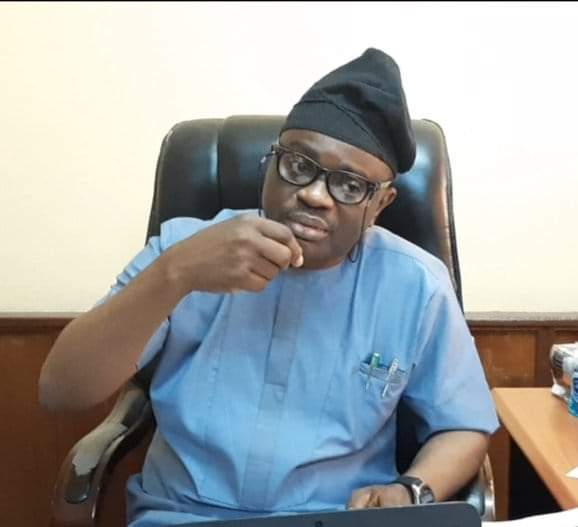 “When the state government issued the press release, it was meant to make clarifications to everybody to the effect that the money being contributed by well meaning individuals was not being mismanaged.

“Even up till now, the Commissioner did say that one kobo out of the money received has not been expended.
What has been spent so far is Oyo States money.
“We have said that we have received N1.1billion Naira in terms of support and we are saying we have supported UCH to the tune of N118 million. What we have received is not all in cash, in fact N390 million was the cash component.
The commissioner for Finance announced that the state government has supported the UCH to the tune of N118 . But the UCH management said there is distinction between the institution, the Department of Virology and the College of Medicine.

“Based on that classification, we have further clarified that the State has supported the Department of Virology to the tune of N86.9 million. That Department has since acknowledged that much. We did not give anybody cash and we have to clarify that because, we understand the issue with procurement in an emergency situation. There issues with transportation and the general lockdown. The N5million we gave was decided in front of the CMD(of UCH) at the COVID-19 Task Force meeting. It was the Governor of Oyo State that agreed that we should approve N5m for the UCH. The money was given to them so that they dont keep coming to the government everyday or every week and the Commissioner for Finance has it in the book that the money has left the coffers of Oyo State.

“The N25m we talked about is in the materials. The state government did not approve cash for anyone because there was an issue when the state government wanted to assist the UCH and it gave it some money. They said the money went into TSA account and that they could not access it immediately.

“The state government knows the problem of procurement this time as it relates to COVID-19. The position of Oyo State government now is, we gave UCH N5million and materials worth N25million to fight the pandemic. And the money has already left the coffers of the state government after it was approved.”

“Oyo State does not have business having interchange with the UCH because it owns every land in the state. If there are issues of support they need from the Oyo State government, they can request for it just the same way the Chief Medical Director, recently, brought a letter to the government. And the state government can only do what is within its capacity because it has responsibility for all other hospitals in the state as well.

“I will just advise the UCH to stick to its responsibility according to the mandate given to it by the Federal Government. If there are issues with them receiving the money, they should check their system very well. If the Accountant General of Oyo State has asked them to do some certain things, why not comply with those things rather than going on air to announce something else.”

Akintola’s Interview : Those Who Live In Glasshouse…