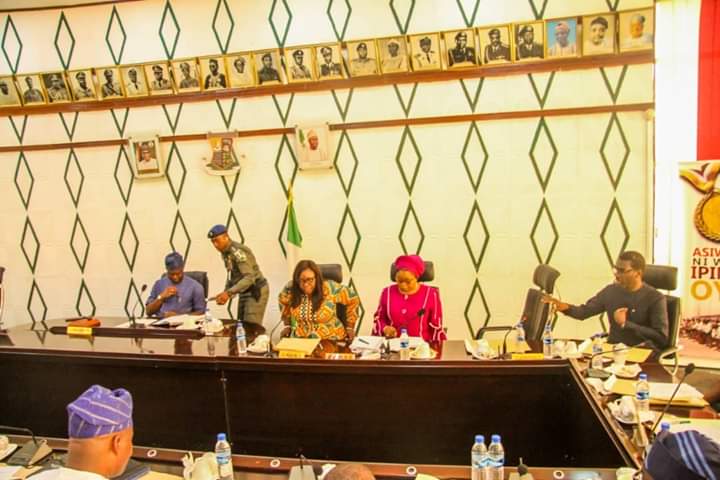 After the ratification of legal framework by Southwest Attorney Generals, Oyo State Executive Council yesterday joined Osun, Ekiti to approved Amotekun bill, transmitted it to the House of Assembly for consideration.

The approval was given at the State Executive Council meeting by Commissioner for Justice and Attorney-General Prof. Oyewo, said “We presented the bill for the creation of the Oyo State Security Network Agency and the Amotekun Corp Bill of 2020

As a bill emanated from the Executive arm of government, it is necessary for a governor and his the executive team to approved such bill and sign each page of the draft bill before sending it to House for consideration.

Oyewo continues “As you are well aware, the Amotekun operation or Security outfit had already been launched by the governors of the Southwestern states. However, it became very clear that there was a need for a legal backing for that operations .

“The Attorneys General of the Southwest zone including Oyo, Ogun, Osun, Ekiti, Ondo and Lagos state came together with the intervention of DAWN commission that has been piloting the process, and we are able to have a draft model bill to be adopted by each of the state in accordance with their local circumstances and situations as the need arises.

“It is a synchronised process that showed that the zone is collaborating with one another. This also has the backing of the Conference of Speakers of the zone and so, it is not surprising that within the week and next week, all these six states within the Southwest zone will have passed the bill into law. Oyewo added.

Why Sunday Igboho Was Released – Counsel