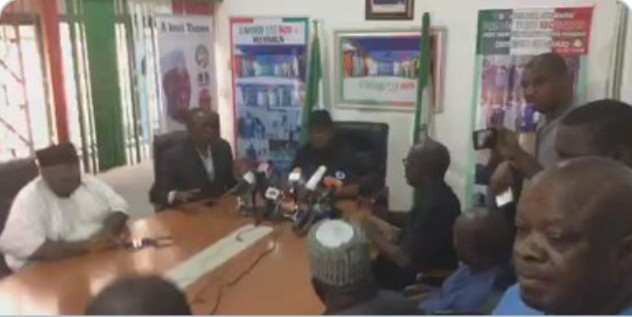 The Peoples Democratic Party (PDP) has rejected results of the presidential elections being announced by the Independent National Electoral Commission (INEC).

Uche Secondus, PDP national chairman, said the results being announced are “incorrect and unacceptable” to the party.

He said this at an ongoing press conference in Abuja.

The PDP national chairman said the party has discovered “irregularities” in results so far announced from Nasarawa state and the FCT.

He alleged that the current administration “colluded” with INEC and security agencies to manipulate results from polling units across the country.

“Our collation centres have the original results from all the polling units in the country. That is from where are going to reclaim our results,” he said.

“The results are incorrect and unacceptable to our party. Officials of the APC working with INEC have decided to alter results to affect our people. This must now be resisted by every well-meaning Nigerian.

“INEC must live up to its responsibility. They are under pressure. We have the facts and when the time comes, we begin to release them.”

Secondus added the PDP will update Nigerians “as time goes on” regarding their decisions in other states yet to be announced.