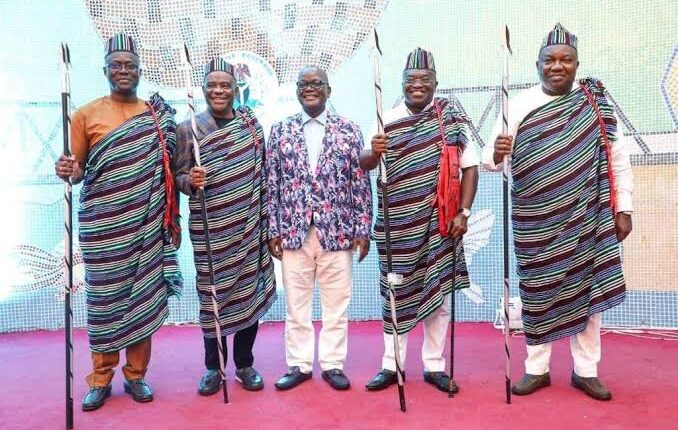 Myself, Makinde, And Others Won’t Work For Atiku, Wike Declares

Rivers State Governor, Nyesom Wike, yesterday declared that neither he nor his G5 governor allies would work for the party’s presidential candidate, former Vice President Atiku Abubakar, at next year’s elections.

Wike made the claims when the Rivers State chapter of the PDP launched its campaign for the 2023 elections at the Adokiye Amiesimaka Stadium, Omagwa in Port Harcourt.

At the launching, the Rivers State governor declared that the PDP presidential candidate was on his own as Rivers people would no longer dissipate their energy working for “their enemies.

He made it clear that, the campaign flag-off concerned only for the state governorship candidate, Siminialayi Fubara, candidates for National Assembly and House of Assembly elections.

He said: “Here in Rivers State, I will not support anybody who says that no other person from another ethnic group can be President.

“Nigeria belongs to all of us. Whether you are Hausa, Fulani, Yoruba or Igbo, from anywhere, you are entitled to be President of Nigeria.

“So, when you go on national television and tell anybody, ‘don’t vote for the Yoruba, don’t vote for Igbo’, you didn’t even mention where I come from.

“God is the one who says where you should come from. It has nothing to do with party. It has to do with my identity.

“I tell them don’t insult me and my people. You go to town hall and you tell them lies.

“What the G5 is saying is equity, fairness and justice. The constitution of the party says we must share elective and political offices but you say you will take everything. I will not agree”.