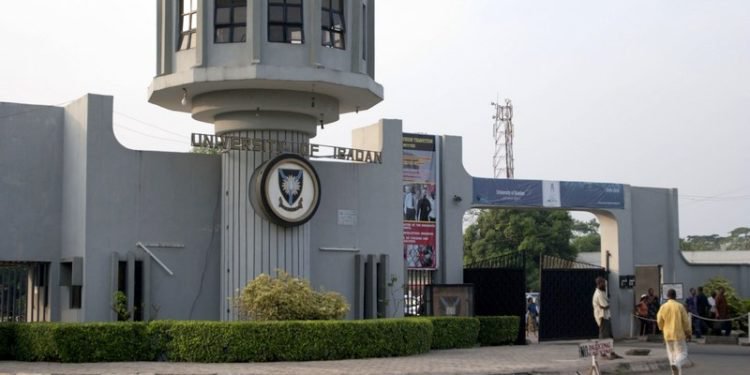 Students of the University of Ibadan (UI) have won the third edition of the Prof. Ayodele Awojobi Creative (PAAC) competition and the grand prize of N1million

The event was organised by the Unilag Faculty of Engineering. It was held at the main auditorium.

The winners, who called themselves Team HIVE, produced a robotic and artificial intelligence project to be used for learning in tertiary institutions.

Similarly, Team LETMESEE and Team FARMASS, both of UNILAG and UI respectively, came fourth and fifth, claiming the consolation prizes for their efforts.

Over 23 government and private higher institutions in Nigeria were represented in the creative competition, with over 100 entries submitted. However, only five institutions made it to the grand finale.

Leader of the five-member Team HIVE, Erinoluwa Morenikeji, said the device intends to create a conducive environment for students to work, learn and build a network.

Erinoluwa said: “Hive is an elite African robotics and artificial intelligence society that leverages the skills of adequately talented university students to build a society of incredibly adept engineers that are ready to contribute innovatively and dynamically to the advancement of the rapidly evolving fields of robotics and artificial intelligence.

He continued:”We want to create an enabling environment for university students to co-work, co-learn and co-build so that when they invade the global work space, they are a sum total of the skills of other ‘Hivers’ with which they have actively collaborated.

“The device is also meant to spark the flame of innovation in the hearts and minds of the next generation of Nigerian roboticists and engineers by organising and facilitating bootcamps and or initiating the infusion of robotics into the present curricula of secondary and primary schools.

Among other things, Erinoluwa noted that the innovation would Influence the Nigerian technological space, as well as gear it up for the next phase of technological advancement.

Speaking on the challenges they faced, he recalled how two robots pitched for the contest suddenly stopped working a day before the presentation; yet they were able to fix them hours ahead of the programme.

Meanwhile, UNILAG has promised to henceforth make available between N1 to N2 million to help creative students of the institution transform their ideas into enterprise.

Unilag Vice- Chancellor Prof Oluwatoyin Ogundipe, said helping students transform their ideas into innovativeness would make Nigeria rise in the global index, while helping the students to compete on the international space.

“The money we are providing you will make you get off the ground. It will make you have a working capital and also help you grow your business as startups,”Ogundipe said.

He noted that any student with an idea with commercial value would be assisted to register a limited liability company and also provided a mentor.

Ogundipe described the competition as an exposure for students in the country to showcase their skills for national development.

“ We have supports from the Bank of Industry and other organisations that will provide us with one to two million naira as startup grant for any student,” he said.

Speaking on the theme: Path to progress: Influence of science and technology on a progressive society, former Commissioner for Science and Technology, Lagos State, Hakeem Fahm stressed the need for entrepreneurship education to be encouraged in schools.

He said: “Developing entrepreneurship skills in primary, secondary, post-secondary and continuing education is important not only for the managers of new ventures, but also established enterprises. Students need flexibility in both knowledge, social skills, and adaptability to become more effective team members and managers to better support and develop innovation in organisations and society.

“To face the dangers of a changing climate and increasing demand on the world’s resources, then we must look ahead and consider a future where knowledge can make us achieve the unimaginable. In decades ahead, universities will be the heart of the way in which our country respond to those challenges and satisfy our societies’ aspirations for equality, development and growth,”

Chairman of the organising committee, Adedayo Aruwajoye told CAMPUSLIFE that the competition was to make students problem solvers via creativity and proactiveness.

Aruwajoye said the contest was thrown open to as many teams across universities, adding that of over 100 entries, only five scaled the hurdle to the grand finale.

Dean, Faculty of Engineering of the UNILAG Prof Funsho Falade, also reiterated the need for government to invest in science, technology, engineering and mathematics (STEM) to further grow growth the Nigerian economy.

Falade noted that institutions in the country lack the necessary resources to innovate, encouraging government to look inwardly by challenging lecturers and their students to be creative and serve as problem solvers.

“It is important for the government to look inwardly for our lecturers and students to innovate. But without resources in our institutions, nothing meaningful can be done because there are no investment in our universities from the government.

“The difference between Nigeria and developed countries is that they invest heavily in science, technology, engineering and mathematics. But here, we are where we are because of a misdirected focus.

The competition was named after late Prof. Ayodele Awojobi who was until his death a former lecturer from the UNILAG’s faculty of Engineering and one of the best brains in the university at the time.