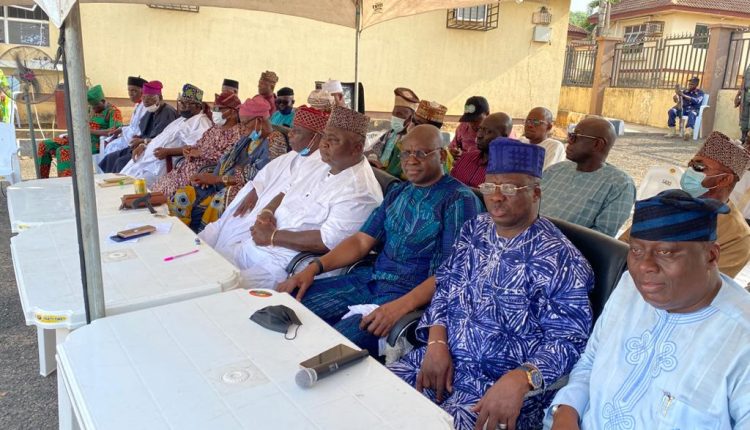 The group in the South-West Peoples Democratic Party (PDP) loyal to the former Governor of Ekiti State, Ayodele Fayose, has met stakeholders in Ogun State, reiterating commitment to peace, unity and progress of the party in the zone.

https://slickforcegirl.com/2021/11/17/04kiych The group, which met in Abeokuta, Ogun State, further affirmed that non of its candidates will go to court to challenge outcome of the congress, saying “Our common enemy as PDP members and as Nigerians is the APC, we will rather join hands and work together to rescue our people from misgovernance of the APC instead of bickering over zonal congress.”

https://www.aimilpharmaceuticals.com/c5goa00d1 The group however condemned the use of violence before and during the congress, urging that use of thugs should be discouraged in the party’s future engagements.

https://superleathershop.com/s4go4dhcy A statement by its spokes person,Lere Olayinka, read; “After meeting with stakeholders in Ogun State today, it was further resolved that the Fayose group has accepted the outcome of the South-West congress.

“That non of our candidates will go to court as we will stand by what we said during and after the congress.

https://cglegal.com/dfbjmhf592d “The group thanks all delegates to the congress and appreciates Governor Seyi Makinde of Oyo State and in particular former Governor Ayo Fayose, for his rare demonstration of leadership.

http://salagala.cat/kqgq004m “It congratulates Ambassador Taofeek Arapaja and promised to work with him in the interest of the party in the zone.

“It expresses commitment to working for the victory of the party in 2022 and 2023 elections.

http://grasshoppersoccer.com.au/4r60qk21i “The group condemns the use of violence before and during the congress and urge that use of thugs should be discouraged in our future engagements.

” That the group admonishes Governor Makinde to rise above ‘yesterday’ and reciprocate its good gesture and show of sportsmanship by providing the required leadership with maturity, sincerity and honesty of purpose in the overall good of the party.

http://safetyspecialists.com.au/n78sq8n7m “Lastly, the group reiterates that the common enemy as PDP members and Nigerians is the APC, we must join hands and work together to rescue of people from its misgovernance.”

Dont Drag Ibadan Into Politics, Fayose Only Eulogises The…