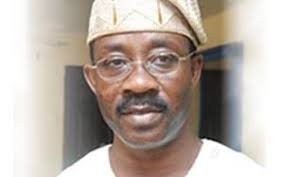 Oyo State governor, Engineer Seyi Makinde, has appointed a former Commissioner for Health in the state, Dr. Gbola Adetunji and a former member of the House of Representatives, Hon. Abiodun Dada Awoleye as chairmen of the Hospital Management Board and Primary Health Care Board respectively.
The governor equally appointed a former member of the House of Assembly, Honourable Babatunde Amidu Eesuola as chairman of the Community and Social Development Agency, while Mr. Ademola Aderinto has been appointed Special Assistant on Environment.
A statement by the Special Assistant (Print Media) to Governor Makinde, Moses Alao, made the appointments public on Thursday.
The appointments, according to letters signed by the Secretary to the State Government, Mrs. Olubamiwo Adeosun, are with immediate effect.
The governor charged the new appointees to see their appointments as a call to serve the state.
Dr. Adetunji, a two-time Commissioner for Health in Oyo State, who served between 1995 and 1997 and 1999 to 2003, is a Consultant Orthopedic Surgeon of 37 years standing, graduated with M.B.B.S. from the University of Ibadan Medical School in 1973.
He underwent postgraduate trainings at the University of Lagos Teaching Hospital, UCH Ibadan, Nuffield Orthopedic Centre, Oxford United Kingdom and graduated as Fellow of Medical College of Surgeons (Nigeria) in 1983.
He has held various positions as Surgical Registrar, Senior Registrar Surgery spanning these training institutions. Also worked as Consultant Orthopedic Surgeon at Ring Road Specialist Hospital 1983 to 1986, and as Associated Lecturer/Consultant Orthopedic Surgery at UCH, Ibadan from 1990 to 1994.
He has equally served as a member of the Board of LAUTECH Teaching Hospital, Osogbo as well as chairman of the Board of the National Orthopedic Hospital, Igbobi (2013 to 2015).
The newly-appointed chairman of the Primary Health Care Board, Hon. Awoleye was elected as a member of the Oyo State House of Assembly in 2007 and went on to serve two terms as a member of the House of Representatives, representing Ibadan North Federal Constituency between 2011 and 2019.
He holds a Higher National Diploma (HND) certificate in Electrical/Electronics Engineering and underwent training as a Biomedical Engineering Technician with Banji Abayomi Akinsola Technical Services (BAATS), Ibadan, before establishing Lincoln Labo-Clinical Services in 1999, which later transformed to Seal Electro-Medical System Limited in 2003, a company which he chairs till date.
Hon. Awoleye was at different times a member of the House of Representatives Committees on Telecommunication, Health, Army, and HIV/AIDS, Tuberculosis and Malaria Control.
He is a Fellow of the National Association of Technologists in Engineering as well as a Fellow of Chartered Institute of Project Managers of Nigeria and is presently pursuing a Master’s degree in Engineering Management, Project Management option, at the Industrial Engineering Department at the Premier University of Ibadan.
Hon. Eesuola, who was appointed as the chairman of CSDA, hails from Atiba Local Government of Oyo.
He studied Political Science/Education at the University of Ibadan and also holds a Master’s degree in Social Welfare and Adult Education, while also pursuing a Ph.D. in Community Development also at the University of Ibadan.
He served as a member of the Oyo State House of Assembly between 2003 and 2007; Special Adviser on Legislative Affairs (2009 to 2011) and member, University of Ilorin Governing Council (2009 to 2013).
He is a member of the International Community Development Association, Nigeria Community Development Association, Transparency International and Amnesty International.
The new Special Assistant on Environment, Aderinto attended Loyola College, Ibadan in the late 90s before proceeding to The Polytechnic, Ibadan where he obtained a certificate in Civil Engineering.
He also holds a second degree in Construction Project Management at the University of Ibadan and has featured in several construction projects in several parts of the country.
Aderinto has several certifications and trainings on environmental concerns, humanitarian and facilities management, occupational safety, community planning, performance management, Health, Safety and Environment, Project Management among several other interests, and has strengths and proficiencies he has drawn from several institutions within and outside Nigeria

40 Days You Left But Still With Us | Niyi Adekola