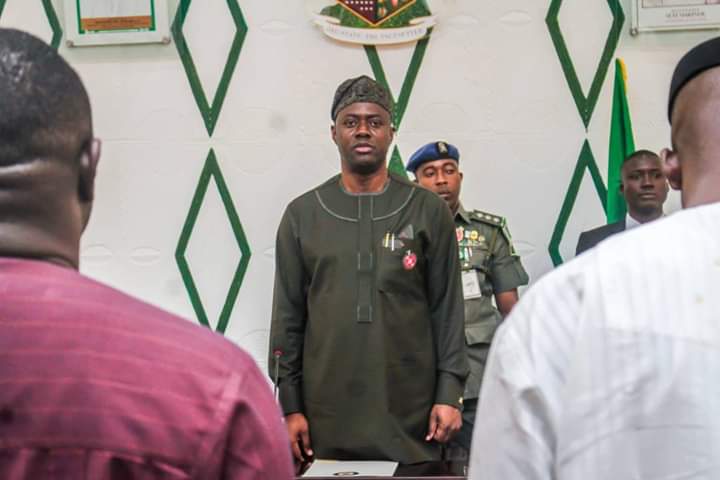 Oyo State Governor, Engineer Seyi Makinde, has approved the appointment of chairmen of the State Transport Corporation, Waste Management board and a number of Special Assistants.

A statement by the Chief Press Secretary, Mr. Taiwo Adisa, confirmed on Tuesday that Governor Makinde has approved the appointment of Mr. Dare Adeleke as Chairman of the State’s Transport Corporation, while Prince Seun Adelore has been named the Chairman Oyo State Waste Management Board (OYSWMB).

The statement also named Mr. Siju Lawal as the representative of the state on the Board of Oyo North Road Management Agency (OYSROMA), while Mr. Mathew Kayode Akano will represent Oyo South on the same board.

Adeleke holds an HND Certificate in Banking and Finance from the Kwara State Polytechnic Ibadan as well as an Executive Masters in Project Management from the UK PM College.

Adelore holds a Higher National Diploma in Accountancy from The Polytechnic Ibadan and has worked in the Oil and Gas and Haulage sectors.

Akano was educated at the St. Andrews College of Education, Oyo, University of Ilorin and Obafemi Awolowo University, Ile-Ife, where he bagged NCE Certificate as well as Bachelor’s of Education in English, Masters of Pubic Administration respectively.

He is currently pursuing a Masters in English degree at the Olabisi Onabanjo University, Ago Iwoye, Ogun state.

The statement indicated that Governor Makinde wished the newly appointed success in their endeavours, while stating that the appointments take immediate effect.

We Will Make Difference In The Health Sector – Oyo SSG