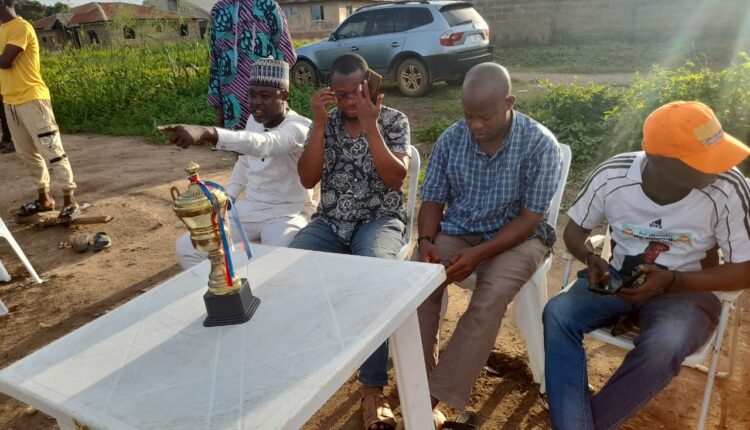 The Social Democratic Party candidate for the Oluyole state constituency seat, Hon. Saheed Abiola Oyewale has organized a football competition among youths to promote peaceful coexistence, and unity and tackle youths’ restiveness in his constituency.

The Estate football team won the organized football competition after beating the Aniso football team in the final which was played at Olowopoku Estate, Idiroko football pitch. Eight teams participated in the tournament.

Oyewole, who is one of the leading assembly candidates in his constituency said that the competition was organized to promote unity, and peaceful co-existence among his people irrespective of their affiliations.

“This competition is part of my effort and commitment to promoting sporting activities among youths in Oluyole Local Government Area” Oyewole stated.

“Also to make the youths discover their hidden talents and potential for the development of our constituency, the state, and the country at large.

“The importance of sporting activities like this cannot be overemphasized to the development of the youths and society in general.

“As you can see, in football, there is no
permanent enemy. When the goal is scored, nobody will ask whether the goal was scored by a Christian or a Muslim or someone from any tribe.

With a football tournament like this, if organized in each local government of Oyo State, I am sure that Oyo State will produce football legends like Kanu Nwankwo, Mutiu Adepoju, Jay Jay Okocha, Segun Odegbami.

While presenting medals to the winner and the runner-up, Oyewole commended all the participating teams and the officiating personnel.

Oyewole thereafter called on youths and other Nigerians to continue to engage in meaningful acts that would make them self-reliant and better future leaders.

Bisi Olopoeyan Is A Light For All, Bayo Adelabu Praises PDP…