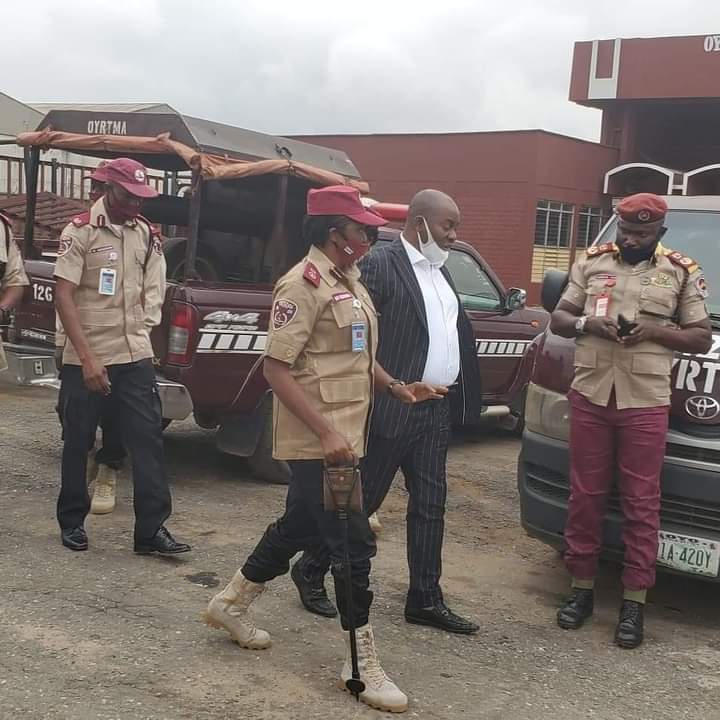 The Oyo State Road Transport Management Authority (OYRTMA) in partnership with the Federal Road Safety Corps (FRSC), Oyo State Command and other Security agencies has read a riot act to owners of unlatched articulated trucks operating within the precinct of Oyo State to with immediate alacrity take such trucks off the Oyo State Roads to avoid arrest and prosecution through a special operation codenamed ‘Operation Scorpion II’.

In a statement signed yesterday by the Executive Chairman of the Authority, Mogaji (Dr.) Akin Fagbemi, the Oyo State Government would no longer condone the free movement of unlatched trailers and articulated vehicles in the State.

In part, the statement read; “It’s a known fact that the Governor Seyi Makinde’s administration is irrevocably committed to the safety of lives and properties of the good people of Oyo State. It is to this end that OYRTMA reels out this strict directive to all companies, logistics entities and other operators of heavy and articulated trucks to ensure that trucks in their fleets are well latched to avoid further tragic incidences of unlatched containers falling freely on innocent road users thereby resulting to severe injuries, damage of valuable properties and oftentimes outright death of breadwinners and even leaders of tomorrow as usually experienced in some neighboring States.

We therefore seize this medium to implore all concerned companies and individuals to look beyond the single bottom-line of profit making to considering the safety of lives and properties of other innocent road users across the State.

Furthermore, we advise a continuous education of the truck drivers to knowing the severe dangers inherent in driving unlatched vehicles particularly in densely populated areas like Ibadan, Oyo, Ogbomosho and several other parts of the State.

Henceforth, our officers would concertedly work with men of the FRSC, Oyo State Command and other relevant agencies to impound and prosecute any defaulting truck owners found disobeying this directive as the safety of the people of Oyo State remains a major cardinal agenda of the Governor Makinde’s administration”.

It would be recalled that Oyo State had recorded over Eleven (11) lethal cases of fallen unlatched trucks in year 2020 alone leaving several persons dead, many wounded with properties worth millions of Naira destroyed.