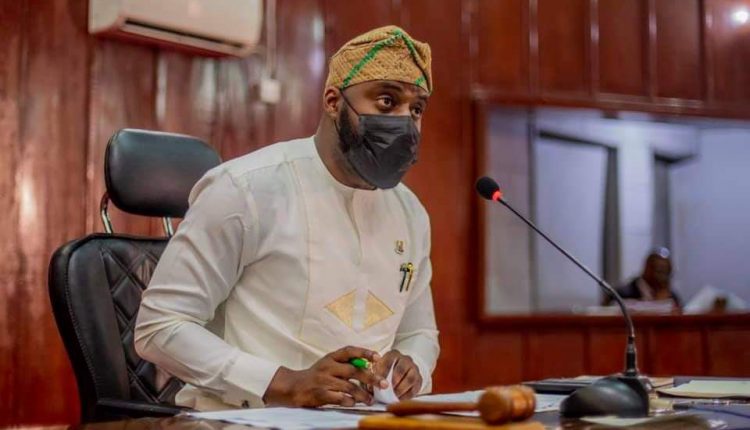 Towards ensuring bridging infrastructural deficit and achieving even development across the State, the Oyo house of assembly has approved additional N6 billion loan for Governor Seyi Makinde’s led administration.

In a letter sent to the lawmakers from the executive, Governor Makinde noted that the six billion Naira loan request in favour of Oyo State Government contractors is to ensure a seemless execution of contracts awarded by the State government in bridging infrastructural deficit in the State.

He said, “The Governor-in-council met and approved that an additional 5billion naira loan facility and the balance of 1billion naira window both of the First Bank Nigeria Ltd. be made available to the Oyo State government.

“The total sum will be used to finance the existing projects in the State.”

In his words, the Speaker of the house, Rt. Hon. Adebo Ogundoyin said that the 9th Oyo State House of Assembly will continue to monitor the spending and expenses of the Executive Council, and ensure the loans being approved will be judiciously used on developing and completing ongoing infrastructural projects in the State.

“Our economy cannot develop if we do not have enough funds to develop necessary infrastructures, and we have the assurances of the Executive Council that the burden of the loan will not be bored by the next administration as all efforts will be made to pay them back in short terms.

“In view of the importance attached to the loan request, I implore us to support the efforts of Governor Seyi Makinde towards developing the State,” he added.

According to the majority leader, Hon Sanjo Adedoyin representing Ogbomoso North State constituency said it is important to expand the State’s economy which will be difficult if there are no enough infrastructures on ground to attract and drive development.

While moving a motion for the approval, he said, “If we cannot afford to abandon all ongoing lofty developmental projects, then we need fund to complete them.”