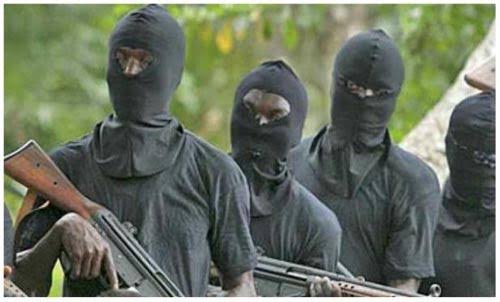 After over 48 hours in the den of kidnappers, both wife and daughter of Baba Aso of Igbole in Ibarapa Central Local Government area of Oyo State, Reverend Olusanjo Ojo, were released on Wednesday night.

The duo was kidnapped on Monday some minutes after 8.00 p.m. while returning home from Oyo State College of Agriculture and Technology, Igboora, where Funbi, wife of the traditional ruler, works as matron of the college’s health facility and her daughter working as a nurse.

According to a family source, the duo were released after payment of ransom of N2.5 million to the kidnappers.

The source disclosed that the released victims were encircled in the bush along Igboora-Abeokuta by well-armed men.

The kidnappers had initially requested for N4 million before N2.5 million was arrived at after negotiation.

“We delivered the money in a bush where the mother and her daughter were surrounded by about 12 armed herdsmen. They told us that not even the police can stop them,” the source said.

Meanwhile, the Oyo State Police Command, through its public relations officer, Gbenga Fadeyi, attributed the release to efforts of the police teams alongside that of various community stakeholders.

He said the detailed information and whether ransom was paid was being gathered.

“Concerted efforts of the police teams with collaboration with critical stakeholders (community leaders, vigilantes, hunters, among others) paid off and the hostages were released and reunited with family members,” Fadeyi said.

The First Executive Bill Will Be Anti-Corruption Agency for…