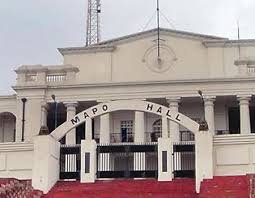 Ibadan Youths under the ages of
Ibadan Youth Progressive Indigenous Association has sent a congratulatory message to all the newly elected Oyo State House of Assembly members.

In a press release available to Westerndailynews through the publicity secretary, signed by the president general of Ibadan Youths, Comrade Qamardeen Mudasiru of
Comr kamardeen Mudashiru
Ali-Iwo compound, the youth association implored the elected sons of Ibadan to be an ambassadors of traditions and advised them to remain focus to the great city development.

*The entire members of IBADAN YOUTH PROGRESSIVE INDIGENES ASSOCIATION extend our sincere congratulations to you all on your election as members, Oyo State House of Assembly to represent various constituencies in our dear City.

We wish you all success in performing the herculean task and duties of this position.

Over the last seven years, there had been communal development and provision of adequate security to lives and properties of our people in Ibadan.

We are confident that during your your term, Ibadan land will continue to develop and her dream to become a mega city shall come to fruition.

Most importantly, we believe you are all sons of the soil and will be guardians to our tradition and culture, as well as an advocate of stability of Ibadan traditional institution.

Once again. Accept our heart congratulations. May the Lord Almighty guide you all as you discharge your constitutional responsibilities”.

ADEBAYO ADELABU: I Can Never Blame Party Leaders For APC’s Loss At The Poll – Adelabu

Alli Felicitates Adelabu At 50, Says He Has Broken Jinx Of…