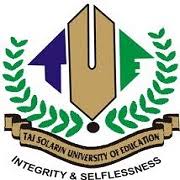 Non-Academic Staff Union (NASU) executives of Tai Solarin College of Education, would spend 15 years behind bars as a Court of Appeal sitting in Ibadan, the Ibadan Court Of Appeal Upheld 15-year Jail Term For 3 TASUED NASU Executives Over N6.6m Fraud State capital, has upheld the 15-year jail term earlier handed to them by an Ogun State High Court sitting in Abeokuta.

Samuel Adeyemi, Chairman of the union in the school, Tosin Amuludun, the union secretary, and Mrs. Temilade Yusuf, the treasurer, accused of converting the sum of N6.6million belonging to the union for personal use and were arraigned before an Ogun State High Court sitting in Abeokuta by the Independent Corrupt Practices and Other Related Offences Commission (ICPC) for the crime.

ICPC revealed that Adeyemi got N3.3million from the amount mismanaged; Amuludun received N1.88million, with Yusuf pocketing the sum of N1.3million. They were sentenced by the Ogun State High Court.

Yusuf, however, decided to approach a Court of Appeal to challenge the judgment.

A statement issued by Rasheedat Okoduwa, the ICPC spokesperson, read: “One of the convicts, Temilade Yusuf, who was dissatisfied with the sentencing, had approached the Ibadan Division of the Court of Appeal asking the appellate court to dismiss the judgment secured against her by the commission.

“But the Justices of the appellate court agreed entirely with the submission of the ICPC, presented by Enosa Omoghibo, and unanimously affirmed the convictions and sentence of the High Court, Abeokuta.”

The anti-graft agency said the three NASU officers colluded to commit fraud by converting the money kept in First City Monument Bank (FCMB) by NASU for personal use.

This is contrary to Section 19 of the Corrupt Practices and Other Related Offences Act, 2000 and punishable under the same section.

“Omoghibo convinced the court that the accused persons’ actions were a breach of trust and pleaded with the court to mete out appropriate punishment in accordance with the provision of the law, to serve as a deterrent to other public office holders and people in positions of trust,” ICPC said.

Gridlock In Ibadan As NANS Protest Escape Of Akinyele Serial…