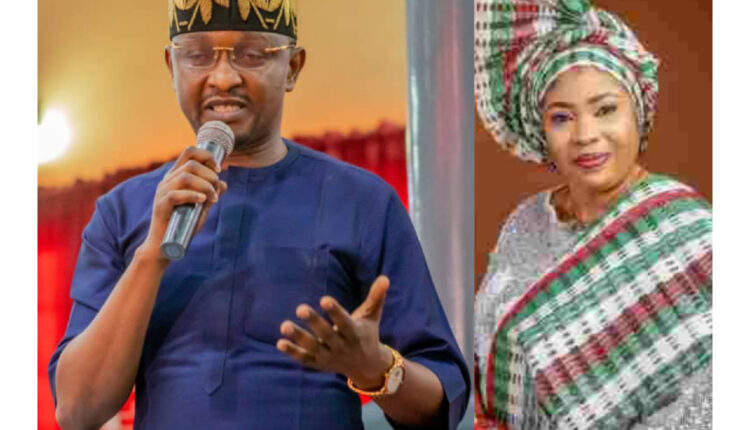 Some members of the People’s Democratic Party loyal to Hon. Folajimi Oyekunle in Ibadan North local government has asked Mrs. Olufunke Comforter and her team not to rejoice too much with the House of Assembly party ticket as the rightful owner will get it back soonest.

Mr. Adeoye Kabiru who reacted on behalf of Hon. Oyekunle’s loyalists said the press statement released by Mrs. Olufunke Comforter Media Unit on Friday afternoon is nothing but a display of shame, added that Mrs. Comforter, claiming a victory she never deserved has shown that she will be a bad representative if allowed to taste power because she wants to reap where she did not sow. 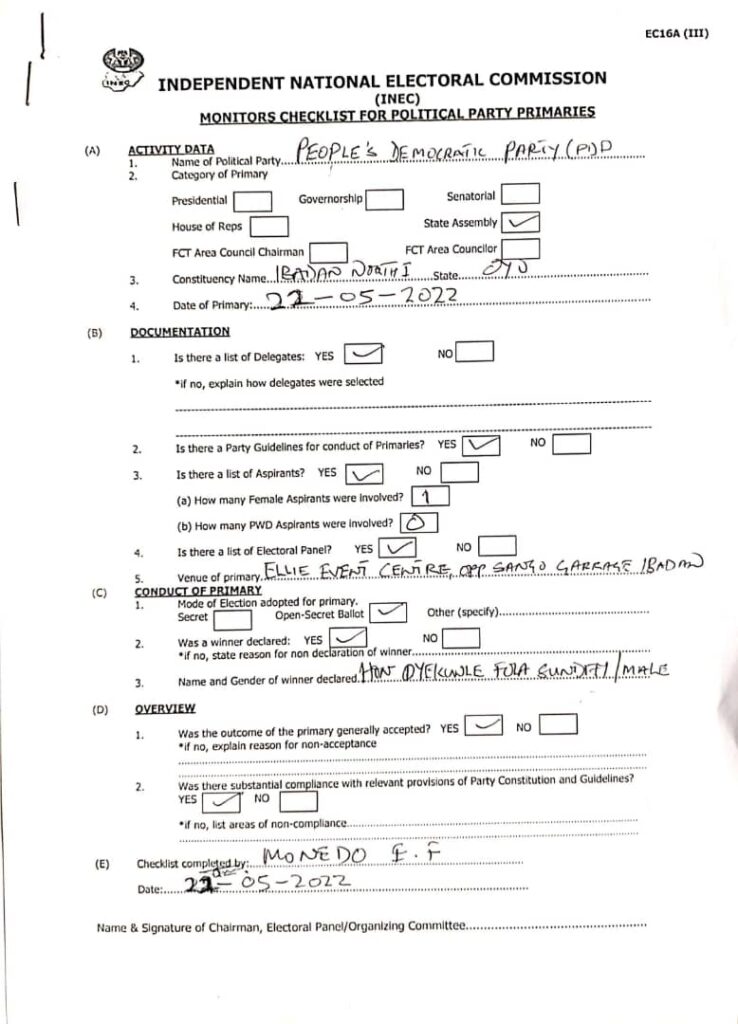 Adeoye and other members of the PDP in Ibadan North who are for Hon. Fola said Mrs. Comforter’s team referring to their principal as the chosen candidate in their press release have told the people of Ibadan North and Oyo state that, she was not elected through election but chosen to hold the ticket.

” As a concerned member of People’s Democratic Party in Ibadan North local government and loyalists of Hon. Folajimi Oyekunle, lawmaker representing Ibadan North constituency 1, we deem it fit to caution Mrs. Olufunke Comforter and her team not to be carried away with what never belonged to them.

At this juncture, the truth needs to be told, for the public to know someone who thinks going through the back door is the fasted way for her to reach the top of the ladder.

At first, we decided to leave the issue of the Ibadan North constituency 1 party ticket to the hand of our governor, Engr. Seyi Makinde and party leaders to resolve, as the fact never far from the trust but it’s high time we let the cat out of the bag because the official loser now parading herself as a winner.

“Democracy, they say, is the government of the people by the people and for the people, but our party, PDP seems to be deviating from that definition, and we should not forget that the people are watching closely. Why can’t we set the pace for others to follow? 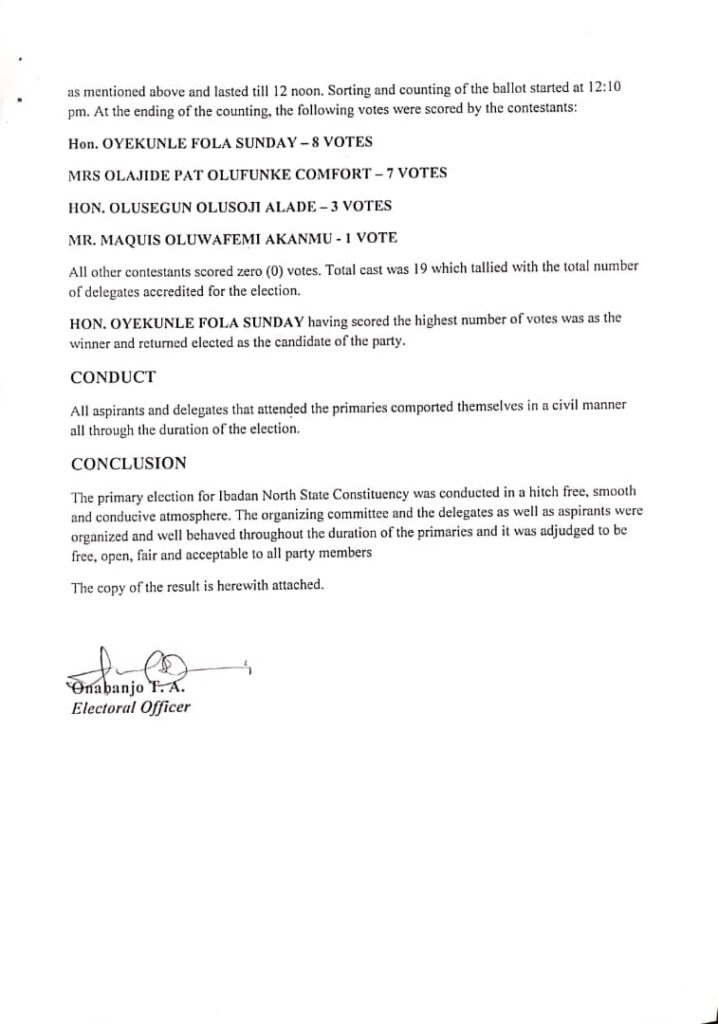 Mrs. Comforter, the imposed/Selected candidate needs to understand that the outcome of the primary election held sometime in May which was legitimately won by Hon. Folajimi Oyekunle Sunday (DON), reflected the will of the official delegates of the party.

It is to our surprise that, after going through the back door to hold the party ticket, she, Comforter still boasting around with a laughable display of a certificate, that doesn’t belong to her, has forgotten the principle of justice.

The released statement credited Olufunke Comforter Media Unit not only seem as junk, but it also showed that, but Mrs. Comforter and her loyalists also are not equipped with political facts and reality. Instead of telling the public how Mrs. Comforter won the primary, they are busy requesting sympathy from the public.

More so, we need to set the records straight, the appointment of Director General Campaign for his Excellency, Engr. Seyi Makinde was given to Hon. Folajimi has nothing to do with his stolen mandate. Gov. Makinde wants a competent hand for his re-election bid, so, sees the lawmaker as someone who is up to the task, such appointment is not a compensation for Folajimi as you people thoughts, the governor is also aware that Folajimi is on course to get back his stolen mandate soonest.

√ We will implore Hon. Olufunke Comforter Olajide to answer these few questions if truthfully she won the party primary.

√ Didn’t she sign an undertaking that she will participate in the primaries election and will abide by the result of the primaries?

√ Who declared her the winner?

√ If she truly won the primaries, why is it that, the state broadcasting station, the online news platforms aired, published that Hon? Folajimi was the winner?

We rest our case for now.

OYSADA: An Agency With No Objectives, Wasteful Resources Under Gov. Makinde | Raheem Adeniji

Igboho: Ooni Failed Yoruba By Not Telling Buhari Truth About…