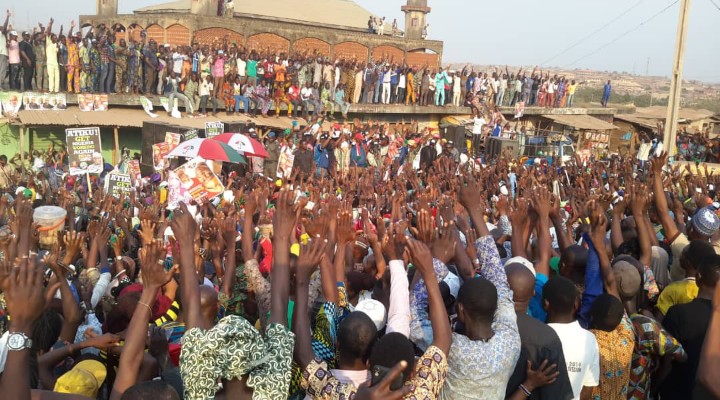 The PDP thereby promise the people of Oyo state an unquestionable security system with timely employment for youths. Said “what is the essence of looking for criminals after commited a crime when you have the capacity to curb the criminals in coming crime by giving them job to do.”

Mr Makinde” Seyi ose kan ri ” has foundly reiterates on his readiness in making the Ajimobi created LCDAs functioning as expected. ” I gave then my father’s building INUKAN LCDAs administrative building in Ajia, but to my surprise, the staff of the LCDAs only go there when they want to share money, not for work, this is not only INUKAN LCDA but all across the state. My own administration will challenge them to work optimally. ” Seyi Makinde added.

In his own speech, Chief Bisi Ilaka confirmed his readiness to serve the people of Oyo Central Senatorial District with passion, affection and simplicity. He assured people on quality representation and good future.

“His Political Experience Will Counts” –…

Some Of Makinde Aides Are Indirectly Backing Hoodlums…