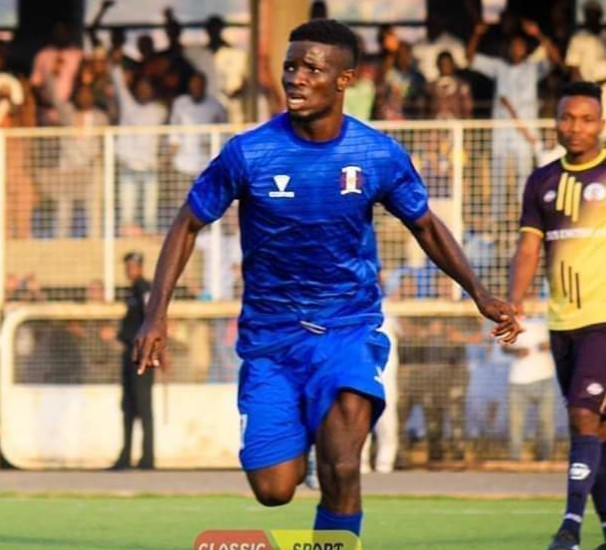 The former Ikorodu United star was answering questions from sports journalists on the Platform and one of them asked him about what he did with his first salary as a footballer and the player revealed that he was confused and didn’t know what to do with it at first.

“C.O.D United to me, was an eye-opener, and I wanted to prove myself at a club like that. My salary was good enough and guess I didn’t really know what to do with it at first.

“I left the money in my bank account as I was confused and didn’t know what to do with it, guess I haven’t gotten that much before.

“Later on, I decided to pay my tithe, gave some percentage to my family, because their prayers and supports was very key to my development as a player. I brought something’s for myself and that was it.”

While every footballer surely dreams of playing long into their 30s or of retiring at the top of their game, some players see their promising careers cruelly cut short.

Chinedu Emmanuel spoke about how his dad supported him as a kid to play football, but prayed that his career shouldn’t be short-lived like that of his own.

“My dad knew from inception that I wanted to play football, he encouraged me though, but didn’t want me to end up like him. He told me not to put all my head in my basket. My dad played football in Kaduna, but his career was cut short by a life threatening injury, but I thank God I have been able to go a bit far in my footballing career.”