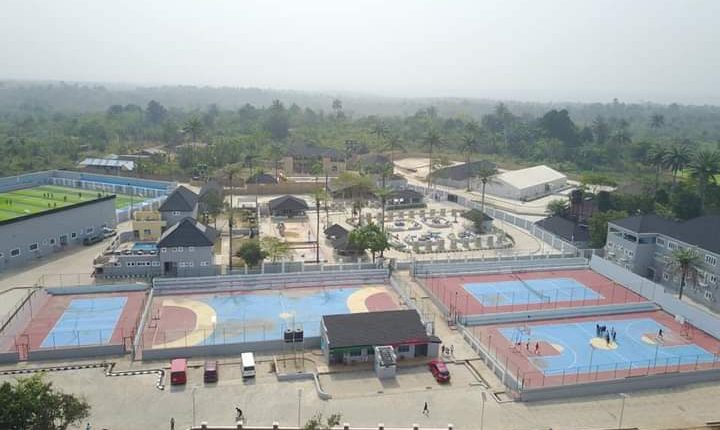 Chief(Engr.) Dotun Sanusi, Otun-Apesin Ola of Ibadanland is neither a Public Office Holder nor politician but an investor of note and reputable entrepreneur with philanthropic gesture.

He remains the current holder of the two notable titles in Ibadan: Otun-Apesin Ola of Ibadanland and Mogaji of Olugbade Compound, Oja’aba, Ibadan where his origin can be ancestrally traced to.

Chief Dotun Sanusi whose 53rd birthdate will be marked on October 17, is an experienced Engineer who had his first degree in Petroleum Engineering at the Petroleum Engineering Department, University of Ibadan, Oyo State, while the other  additional qualifications were attained at the western world.

This piece of writing cannot encapsulate nor expatiate whom he is naturally, but it is obvious that his philanthropic gesture had metamorphosed into entrepreneurship and investment aimed at seeing to the needs and challenges of the less privileged ones in the society. This without being economical with the truth is visible to the blind and audible to the  deaf.

It was revealed that Chief Dotun Sanusi had worked assiduously and meritoriously in Oil Sector, while his working engagement and  youthful years were productively spent in Niger Delta, until some years back he made up his mind to become the jobs’ provider to teaming unemployed youths, so as to fulfill the dream of being kind-hearted to all and sundry.

Ilaji Hotels & Sports Resort was birthed with a view to assisting the remote area, Oloyo Village, Akanran, Ibadan where

Chief Dotun Sanusi’s plans and strategic thinking had culminated in employment of capable, knowledgeable and relevant members of staff whose services and engagement in respective capacities had brought speedy growth and development to the tourist centre.

His cognate experience in administration and public service  has no doubt manifested in the structural appearance of the tourist centre, diligence and productive results of the personnel.

These notable provisions in the gigantic structural area  had charged the members of staff to be consistent in provision of 24-hour reception, prohibition against smoking in hotel rooms and other dastardly acts within the hotel’s surroundings.

The Mogaji of Olugbade Compound, Oja’aba, Ibadan who is equally the Chief Executive Officer(CEO), TNL, Ilaji Hotels & Sports Resort, Ilaji Farms and ICAST Group of schools has not limited the current size and development of the hospitality and recreation centre but continues to expedite all actions to facilitate its expansion.

His passion and enthusiasm in sports’ development in Oyo State and Nigeria  has made him traveling all over the world in search of talented coaches whose professionalism and ingenuity will be needed on fruition of mission and vision of sporting activities, an instance is the ongoing scouting and coaching programme taking place at the Sports centre of the outfit,where Malaga CF Academy Coaches led by  Marcus Antonio are in place to do justice to the engagement.

His target remains passion and interest in entrepreneurship aimed at alleviating people out of poverty and other souls’ depressing circumstances.

He had assisted many people,only that it is not known to countless people because he hates publicity on any kindness and gesture being extended to others.

May God continue to bless Otun-Apesin Ola of Ibadanland and endow him with longevity to care for the downtrodden in the society.