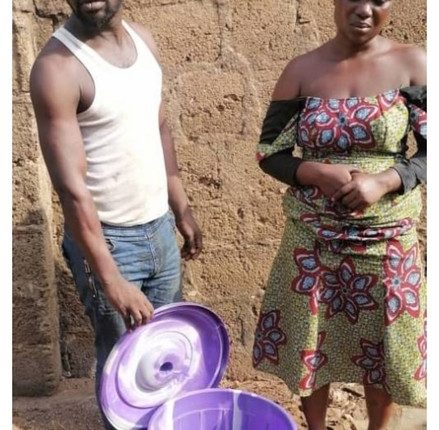 How Abeokuta Couple Drugged Woman, Beheading Her, Sold Her Skull For ₦70k To Ibadan Ritualist

An Ogun State Magistrates’ Court sitting in Isabo, Abeokuta, on Thursday, remanded a couple, Kehinde Oladimeji, 43, and Adejumoke Raji, 35, in prison over the alleged murder of a 22-year-old woman, Ife Adeh.

The defendants, who were arraigned on two counts of conspiracy and murder, resided on MKO Abiola Way, in the Leme area of Abeokuta.

The Magistrate, I. O. Abudu, who did not take the plea of the defendants, ordered that they be remanded in prison.

Abudu said both husband and wife should be remanded in the Oba and Ibara custodial centres respectively, pending legal advice from the Ogun State Directorate of Public Prosecutions.

She adjourned the case till April 29 for mention.

Earlier, the police prosecutor, Oluwatosin Jackson, told the court that the defendants committed the offence on January 12, 2022 at their house.

Jackson said the couple conspired and murdered Odeh, who was a close friend of Adejumoke.

She said Adejumoke invited the deceased (her friend) to her house and prepared noodles with a sleeping substance.

The prosecutor explained that after the deceased slept off, Adejumoke allegedly strangled her, butchered her body, and sold her head for N70,000 to a ritualist at Ibadan, Oyo State.

Jackson also alleged that the offensive odour from the remaining part of the dismembered body attracted the attention of neighbours, leading to the couple’s arrest.

Oyo Has Realised 6 Million After Prosecution Of Over 200…