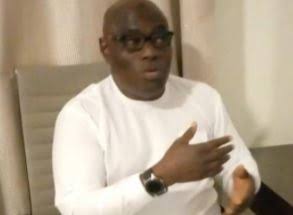 Olopoeyan said with the arraignment, he has been vindicated that the governor of the state, Seyi Makinde was behind the destruction of opposition billboards in the state.

The former leader of the Peoples Democratic Party (PDP) in Oyo state said his new Party, NNPP is also interested in the case because he couldn’t forget the damages done by the auxiliary and his boys the day they invaded his house and wounded his family.

He said he has employed the service of four competent lawyers to ensure that the case is being transferred to the Federal High Court for a fair hearing and responsible judgment, adding that the arraignment that was held on Thursday was a mere academic exercise as some of the governor’s aides stormed the court with thugs to intimidate the judge, “can the judge make a right decision,” Olopoeyan queried.

The NNPP leader who stated this in a statement he personally signed in Ibadan said Ibadan, the State capital deserves peace being the political headquarters of Yorubaland.

Olopoeniyan said the case is beyond Obeyonde because his presidential candidate, Alhaji Rabiu Kwankwaso’s billboards in Iwo-road, Ojoo, and over, other 30 billboards and hundreds of posters belonging to candidates of his party were destroyed by auxiliary and his thugs.

He urged the Inspector General of Police to investigate other atrocities committed by the suspect not limited to billboard destruction and ensure justice is served to everyone culpable in the state.

Olopoeyan sighted the day auxiliary allegedly led hundreds of his thugs to disrupt the shopping complex in Iwo road the area of Ibadan which led to the death of a 37-year -year-old Azeez Ramon.

According to Olopoeyan, there is an urgent need for the federal government to intervene in the political unrest in the state, and warn the governor against parading the likes of the auxiliary because of his desperation for a second term.

The state political heavyweight in the state therefore, residents of the state are on guard and prayerful for Auxiliary is a leopard that cannot change its skin.