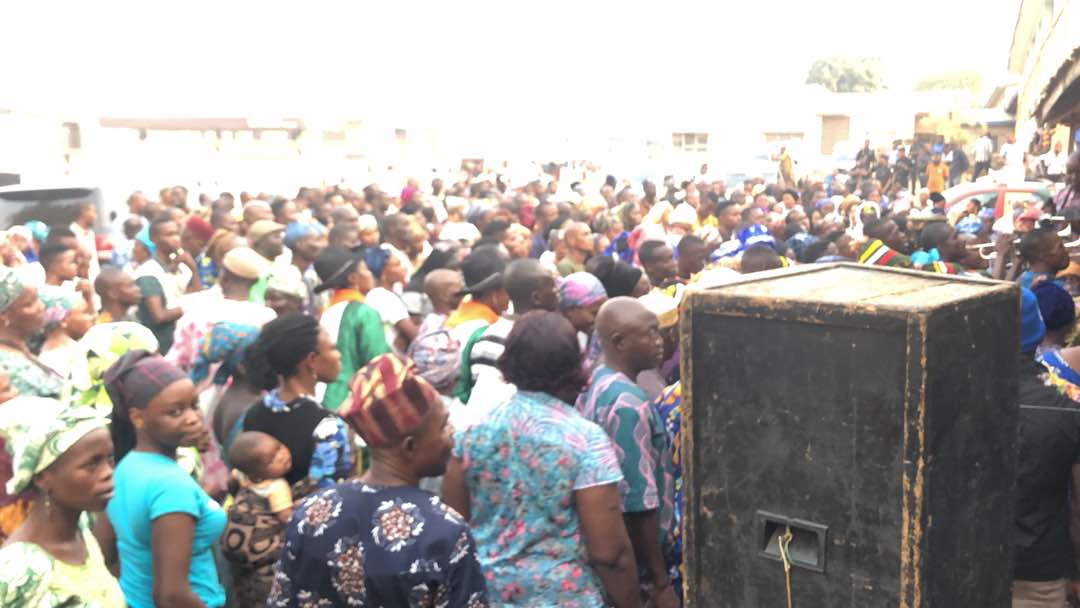 The defection which was made in the presence of the ZLP state leader, High Chief Senator Rashidi Ladoja and the governorship candidate, Oloye Sharafadeen Alli consists of major political parties in the local government.

While addressing his teaming fans and ZLP members, Sen. Rashidi Ladoja reaffirmed his political stand in ZLP, gave reasons why he dumped ADC and explain why he is backing Oloye Sharafadeen Abiodun Alli to be the state governor under ZLP.

He said, ADC had already lost the election due to the way the party leaders are driving, which his ( Ladoja ) beyond his own control. ” ADC is a party with no vision, we have to leave such party with greediness people not only for us but for the interest of good people of Oyo State”.

” Don’t let anybody deceive you, I chief Ladoja is no more in ADC, am not with them, now am in Zenith Labour Party, ZLP is our party, it a party with qualified and serious minded politicians”.

” Voting Sharafadeen Alli is like calling me back to rule, Sharafadeen had done it with me, he knows where I started and where I stopped , he is tested and trusted.
My administration success has a contribution from Sharafadeen.

Oyo : SDP Officially Merge With PDP Ahead Of General Election

I Lost Over N20million To Shasa Crisis, Not Going Back…