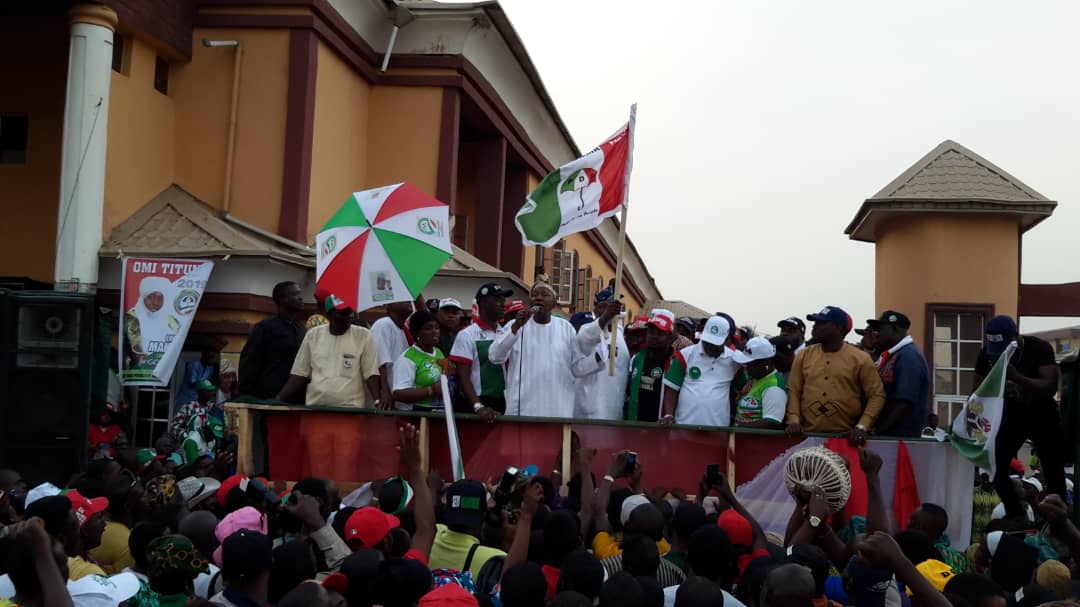 Oyo : SDP Officially Merge With PDP Ahead Of General Election

To affirm the recent declaration of massive support for the People Democratic Party candidate in Oyo State which was made few weeks ago by Social Democratic Party in the state, through a converged mini convention, the state Chairman Chief. Kola Balogun had led the whole state SDP to join PDP.

The defection of SDP members was made officially yesterday at Ogbomosho Township hall during Engr. Seyi Makinde flag off rally. Contrary the earlier denial of Social Democratic Party National executives, which resulted to suspension of the National Financial Secretary and Hon Kehinde Ayoola, and the Oyo State chapter chairman of the party,

Chief Kola Balogun the Iseyin born politician said, the only credible and reliable politician to restructure administrative process in Oyo State is Engr. Seyi Makinde, claims APC is a useless and occultist party where only wicked and self-centered people operates, he therefore promise Engr. Seyi Makinde and PDP unending supports before, during and after the election.