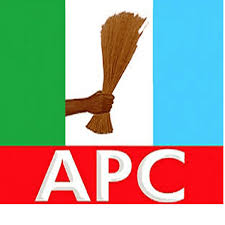 https://phisiobasic.com/8794nhdu2tp As electorate in Ondo state prepare to cast their ballots this Saturday in the scheduled gubernatorial poll in the state, a media group within the All Progressives Congress in Oyo state, Communication and Strategy Frontier (CSF), has alerted the public that Governor Seyi Makinde should be held responsible for any development which might mar the smooth conduct of the exercise stating that he (Makinde) appeared too desperate to emerge a regional champion of his party.

https://www.aimilpharmaceuticals.com/f5cdnkctth7 The Peoples Democratic Party at the national level had appointed Gov. Makinde as the Chairman, Campaign Committee for its candidate in the said election, Mr. Eyitayo Jegede, and this, according to Oyo APC, was to enable the PDP prosecute its Ondo project with the financial resources of the Pacesetter state.

https://paceptclinic.com/b8uj7untlom In a statement issued on Tuesday in Ibadan and made available to the press by its Director-General, Mr. Wale Olanrewaju, and Director of Organization, Alhaji Olawale Sadare, Oyo APC-CSF faulted the PDP and Gov. Makinde over their alleged desperate moves to truncate the desire of the people of Ondo state to have a peaceful and hitch-free election this Saturday stating that he (Makinde) lacked all it takes to lead the PDP to any electoral victory.

http://tuvillanueva.com/nh14my82 “Both as the controversial gubernatorial candidate of the Oyo PDP in 2019 and the governor of Oyo state since May 29, 2019, Engr. Seyi Makinde has never convinced political pundits and critical stakeholders that he has any outstanding credentials to win elections for himself or any other person as he is lacking in capacity to either sell party manifesto or convince voters to his side. Also, Gov. Makinde lacks evidence of good governance with which he could tell Ondo people that his party candidate would replicate if elected.

https://superleathershop.com/zjg33d58 “In the Sunshine state today, all the PDP governor in Oyo state does is to finance dirty deals with some mushroom parties and their clownish candidates who are being bought over to support the same Mr. Jegede who was roundly defeated by Gov. Rotimi Akeredolu (SAN) in 2016. We also have it on good authority that Gov. Makinde is spearheading the plot to flood polling booths across Ondo state with heavy sums of money on Saturday as it was done in Edo last month.

https://www.passion-outlet.com/yrn5ocyqa “Now that the Agodi Government House has literally moved to Ondo state for the Saturday poll, one may want to ask why the Oyo state governor deems it necessary to abandon governance in his own state for an electoral contest in another state but the simple answer to this is obtainable from the fallout of the ongoing altercation between Gov. Makinde and some powerful PDP south west leaders who he seeks to dislodge with a view to positioning himself as the new leaders ahead of the 2023 general elections.

http://grasshoppersoccer.com.au/f1yh5m7oyp “Only yesterday, a close aide of Gov. Makinde fired another salvo to the former Governor of Ekiti state, Mr. Ayodele Fayose, in apparent continuation of the supremacy battle over who leads the PDP in the South West. Most Nigerians who were fooled by the pretentious mien of Makinde in the build-up to the election that produced him as governor and those who could not have the detailed account of his inglorious role in the last gubernatorial election in Kogi state could now see him in his true colour while he engages more gladiators in needless battle of attrition.

https://slickforcegirl.com/2021/11/17/zwkmqac “We are now using this opportunity to appeal to Gov. Makinde to have a rethink on his clandestine plan to use the Ondo election to win a perceived test of confidence by trying to sponsor various activities capable of compromising INEC’s quest to deliver a free, fair and acceptable election this Saturday. We know how the same PDP candidate (Jegede) prosecuted his campaign in 2016 with minimum patronage of political thugs and we are now seeing the turn of event when Gov. Makinde is being made to influence things within the PDP and it is on this note that we are putting the whole world on notice that the governor of Oyo state should be held responsible for any security breach in Ondo before, during and after the Saturday election.” The Group submitted.

https://www.balitrips.com/719yw44z No Going Back: Adeoti Remains In ADP, Never Directed His…