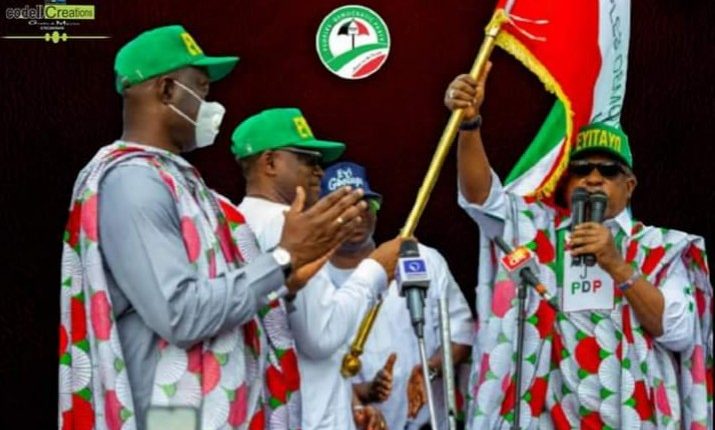 Suffy Uguoji said, statement claiming Makinde is wasting Oyo state state’s meagre resources on Ondo State poll in order to feather his political nest is just an intention to attract people’s attention away from something which they do not want them to think about.

https://www.aimilpharmaceuticals.com/2o18qekt1q The Director-General of the APC Communication and Strategy Frontier, Mr Wale Olanrewaju, and Director of Organisation, Alhaji Olawale Sadare released a statement on Tuesday ,accused Makinde of wasting his state’s meagre resources on Ondo State poll in order to feather his political nest.

https://superleathershop.com/h2zsan6q The statement reads : “We know how the same Peoples Democratic Party candidate (Eyitayo Jegede) prosecuted his campaign in 2016 with minimum patronage of political thugs.

“But we are now seeing the turn of event when Governor Makinde is being made to influence things within the PDP and it is on this note that we are putting the whole world on notice that the governor of Oyo State should be held responsible for any security breach in Ondo before, during and after the Saturday election.”

http://www.pigeons-france.com/itya63r45e Uguoji said respite came on Monday when the Deputy Inspector General of Police in charge of the election, Leye Oyebade, ordered a clampdown on the APC hoodlums attacking residents in some areas in Akure including Odopetu Junction

However, one of the campaign coordinators of PDP governorship election in Ondo State, Suffy Uguoji, described the allegation against Makinde as a diversionary tactics.

https://www.social360monitoring.com/4s09i60 Uguoji said, “The allegation against Governor Makinde is one of their diversionary tactics. Akeredolu and his party, APC, have realised that they cannot win in a free and fair election hence the use of political thugs to attack non-APC members.

“We want to appeal to security agencies to make sure that the hoodlums are not allowed to cause violence anywhere in the state. The PDP is confident of winning in a free, fair and violence free poll.”

Choosing A Bad Political Profile Man Like Ajimobi As S/W…