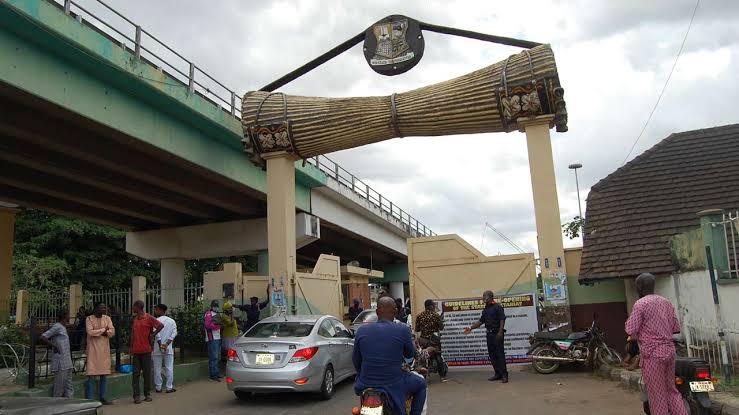 Pandemonium broke earlier today at the entrance of the Oyo State Secretariat, Ibadan after a clash between personnel of the Nigerian Army and Agbekoya group.

Our correspondent gathered that a member of the Agbekoya group allegedly slapped one of the army officials stationed at the entrance of the state Secretariat to provide security in the vicinity as the action sparked an angry atmosphere at the main gate of the Secretariat.

https://cglegal.com/p3qjyadmi0m The situation led to the reinforcement of army officials and personnel of the Operation Burst Team to the scene, who upon arrival, fired gunshots in the air to apparently disperse the crowd.

https://paceptclinic.com/2150arv1ul After insisting on the provision of the Agbekoya member who slapped the army officer, who had reportedly ran away, the security team arrested one member.

All entrances to the state Secretariat were temporarily placed under lock for over 30 minutes which halted movement in and out of the Secretariat.