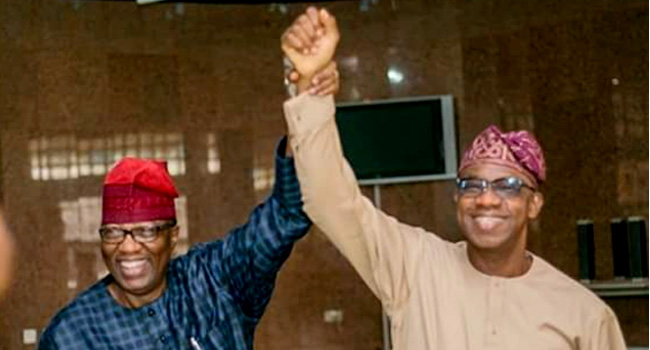 A former governor of Ogun State, Gbenga Daniel, has endorsed the candidate of the All Progressives Congress (APC) in the state.

Mr Daniel, who is also a chieftain of the Peoples Democratic Party (PDP), declared his support for Abiodun on Thursday.

He explained that he took action as a result of the judgement of a Federal High Court in Abeokuta, the state capital.

The court had dismissed a suit filed by a factional governorship candidate recognised by the PDP national leadership, Ladi Adebutu, challenging the nomination of Senator Buruji Kashamu as the party’s flagbearer in Ogun.

In his reaction, the former governor said, “You would have noticed my studied silence in our local politics in recent times; I have busied myself with national politics having served the state for eight years.”

“I have also been very busy supporting the ambition of the son of our great philanthropist in Remo Land to become the next governor of our dear state. You, however, would have become aware of the court decision yesterday which did not favour him.

“Going forward, I have directed all our structures state-wide to cast all their votes on Saturday for Prince Dapo Abiodun, another bona fide Remo son, despite current party differences,” Daniel added.

Adebutu, on his part, endorsed the candidate of the Allied Peoples Movement (APM), Adekunle Akinlade, who had defected from the APC to pursue his governorship ambition.

Both Akinlade and Adebutu are members of the House of Representatives, representing Egbado South/Ipokia and Ikenne/Shagamu/Remo North federal constituencies respectively.

The Youths And Nigeria’s Development: An Open Letter…

Ajimobi Thanks Co-Contestants Over Suit Withdrawal