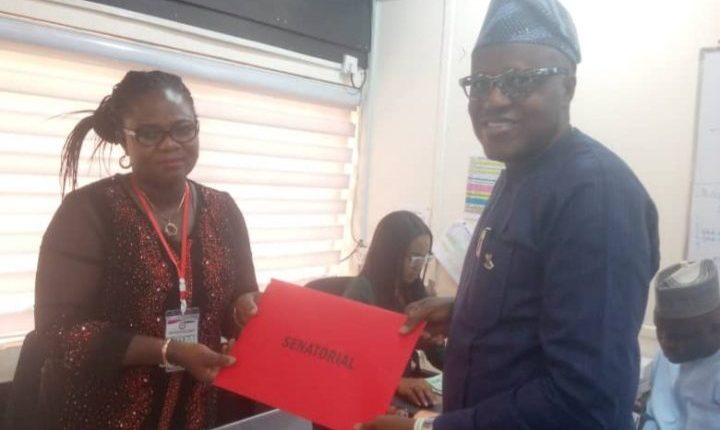 Adeniran confirmed to newsmen on Tuesday that he has obtained the PDP expression of interest and nomination forms.

Adeniran, one of the illustrious sons of Agbokojo, a community in Ibadan South-West Local Government Area, presently heads the State Universal Basic Education Board.

Dr. Nureni Adeniran is a trained Lawyer and an Educationist.

Born on June 20, 1961, into the Adeniran family in Ibadan South-West Local Government Area of Oyo State.

He was the Executive Chairman, Ibadan South-West Local Government between 1999 and 2002; Member, LAUTECH Teaching Hospital Board, Osogbo and a Commissioner, who served in two different Ministries including the Ministry of Education, Science and Technology in Oyo State.