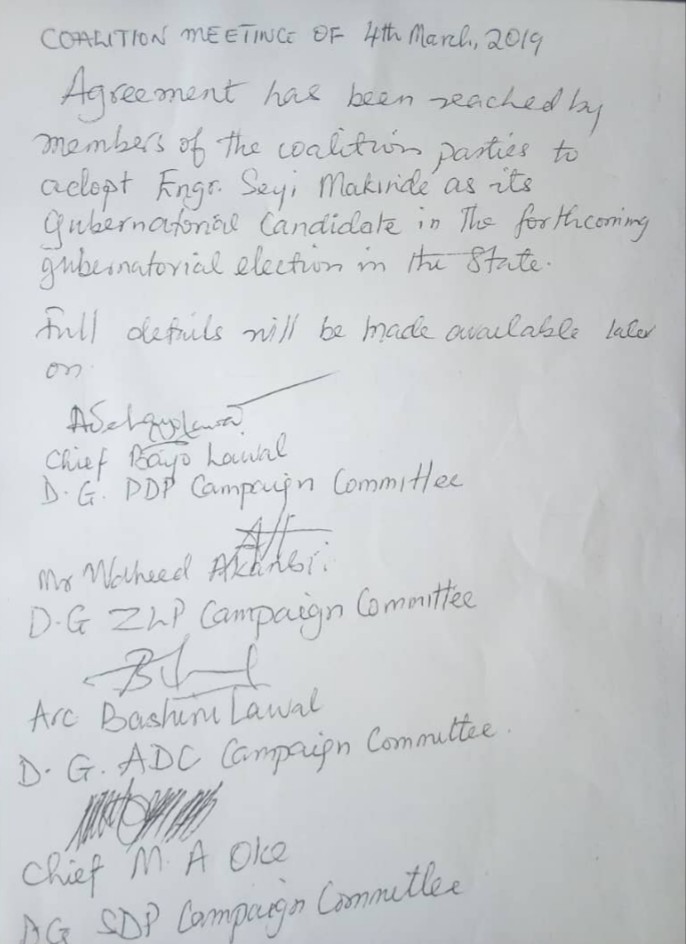 The Off and On of aimed collation of opposition parties in Oyo state ahead of March 9 governorship election in the state today finalised by four political parties, as Engr. Seyi Makinde of People’s Democratic Party got adopted as the gubernatorial candidate of the alliance.

After the coalition meeting held today Monday 4th, 2019 in Ondo Street, Chief Rasidi Ladoja residence, the Director General of the Campaign Committee of each party, signed the agreement letter.

Details of the agreement will be available soon