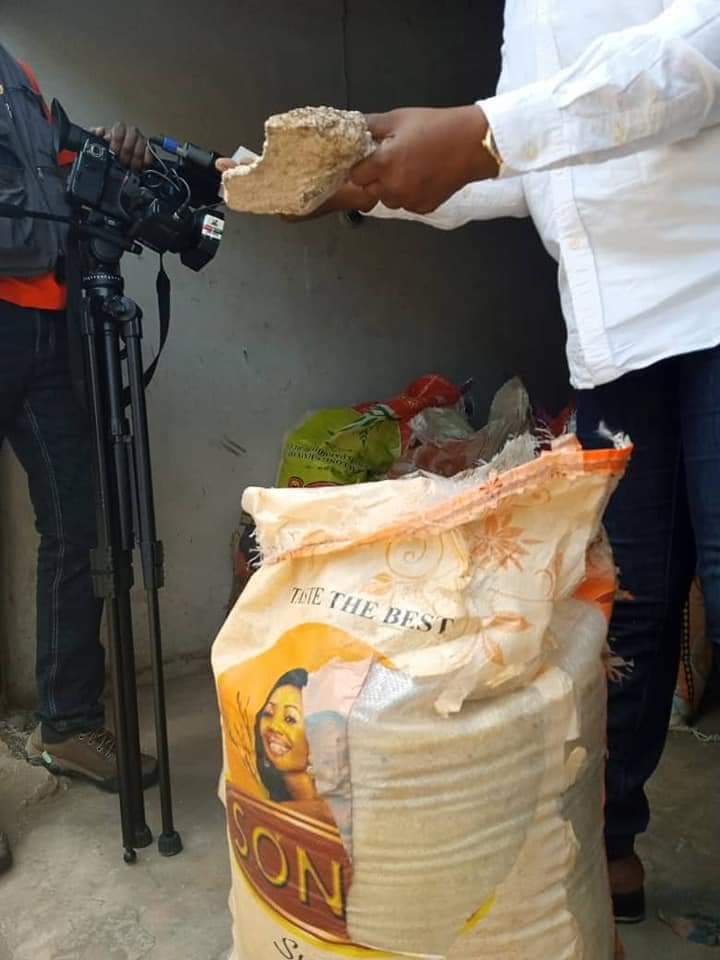 A very nauseating contribution from an apparently party-blind All Progressives Congress (APC) apologist yesterday jarred my nerves while listening to a Saturday morning broadcast on an Ibadan-based radio station.

The caller had sought to contribute to the news of the allegedly weevil-infested 1,800 bags of rice sent by the Federal Government to the Oyo State people via their governor. The state government had said it would return the said bags of rice to where they came from.

However, this caller saw it as “infantile politicking” as Buhari was “magnanimous” to the state and that, labeling the rice as weevil-infested was continuation of politics.

I have always maintained that the day we learn to see good and evil as what they are, defrosted of the unnecessary icing of APC or PDP, is the day amnesty would come to the minds of shackled Nigerians. The main problem is with our minds which is a fecund ground for the manacles of the powers-that-be. We have failed to realize that PDP, APC or whatever, are mere boring prefixes which politicians use to bamboozle and continue the lockdown of our minds. In reality, the difference between each of those parties is the proverbial six and half a dozen. In those political parties are the same despots, selfish rulers, thieves and outlaws.

Now to the issue of the weevil-laden rice. When COVID-19 lockdown aftermath bared its fangs of hunger and government expressed its willingness to order the Nigerian Customs Service to release seized rice from smugglers to Nigerians to cushion the burning effect, many Nigerians reminded government of the statement by the Director General of Customs that the bags of rice were not fit for human consumption. Apparently wanting to play politics and come clean in the sight of people as meaning well, the federal government pretended not to hear these comments. It engaged in the abstruse arithmetic of sharing the bags of rice to states and upon the rice being opened, many states were said to have found out the earlier truth of the Custom boss’ claim.

Apparently, the so-called political party affiliations and restraint from being in the black books of the presidency hamstrung many of the states from complaining about the poisonous consignments sent to them by the Federal Government. Good enough for them. They probably incinerated the weevil-infested bags of rice or blinded their eyes to its poison and shared them to their people like that. However, any state that chooses to bite the bullet and bring out this embarrassing muck from the eyes of the federal government should not be harangued.

What magnanimity is there in a government which knew, or had prior notice of its poisoned chalice, yet stubbornly continued on this pact, egged on only by the kudos it would receive by so doing? Did these bags of rice belong to individuals in government, rather than the people of Nigeria, enough for anyone to infer its magnanimity? If it was politics, both the federal government which shared contaminated rice and the opposition government which brought out this muck in its eyes are not guiltless. Methinks the guiltier was one who didn’t care about the health of its people.

We Disassociate Ourselves From Your Weevils Rice, Customs To Oyo Govt

Amidst Lock Down, 1 Dead, 3 Injured In Lagos-Ibadan Expressway Accident